They earn approximately Sh2.5 million annually from the sale of carbon 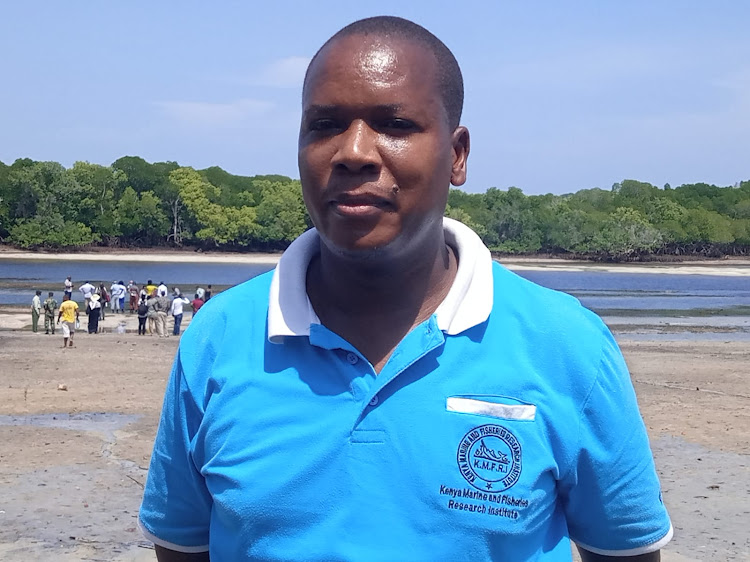 The Gazi and Vanga communities in Kwale depend on mangrove carbon harvesting for their livelihood.

The residents earn approximately Sh2.5 million annually from the sale of carbon.

This has been made possible because of the mangrove forest restoration and conservation efforts.

"The residents continue to reap a lot of benefits from carbon credit sold to developed countries," he said.

Mangroves, known as mikoko in Swahili, are shrubs that grow in the coastal saline or brackish water. They have many roots entangled in one another, some grow deep while others float on water.

In the Coast, they are found in Lamu, Mombasa, Tana River and Kwale along the Indian Ocean.

Kwale is among the coastal counties whose mangroves forests were endangered by illegal cutting down of trees for timber, chang'aa brewing, construction and charcoal burning by residents.

Some years back, the government imposed a ban on mangroves harvesting to mitigate and adapt to climate change.

Both human and marine life was threatened by illegal logging.

In the Coast, Mombasa led in the loss of mangroves with almost 50 per cent of the forest disappearing.

It is estimated that in the past 50 years, Kenya lost around 50 per cent of its mangrove trees to pollution and deforestation.

In 2013, KMFRI launched Mikoko Pamoja, a community-led mangrove  conservation and restoration project based in Gazi, and the world's first blue carbon project.

Blue carbon is a term used to denote carbon captured and stored by coastal ecosystems, particularly mangroves and seagrasses.

Mirera said they have successfully restored more than 10 hectares of mangroves forest and improved sea grasses in Gazi which have contributed to increased production of fish.

The mangroves act as barriers for soil erosion and storms and provide conducive breeding ground for marine life.

Mirera said apart from selling carbon, residents benefit from the activities of beekeeping and ecotourism.

In Msambweni, communities are benefiting from the Gazi Boardwalk where tourists navigate inside the mangrove forests to catch a glimpse of various tree species and marine life.

Tourist can also access the sea breeze and fauna kept vibrant by the chirping sounds of different species of birds.

The boardwalk is managed by Gazi women in partnership with KMFRI, Kenya Forest Services among other partners.

However, Mirera said the illegal logging and dumping of plastics at the sea is still a major problem in mangroves restoration and conservation process.

"People are running up and down to harvest the mangroves which is a blow to the conservation efforts supported by poor disposal of plastic materials," he said.

Mirera spoke at Gazi bay when the International Conservation Caucus Foundation Group accompanied by 10 members of the East Africa Interparliamentary team from Kenya, Mozambique and Tanzania visited the region.

Their tour was meant to benchmark and raise awareness on the importance of mangroves in sustainable coastal development and the vital role of blue carbon projects in mitigating the harsh effects of climate change which KMFRI is a global trend setter.

The lawmakers interacted with communities and other stakeholders involved in mangrove conservation in bid to accelerate mainstreaming of mangroves and associated ecosystems into the national development and climate change agenda of member countries.

Member of ICCF Rosa Buyu urged the Kenyan government to set aside more budgetary allocation and come up with better policies that will enhance mangroves conservation and empower communities.

She said Kenya should take advantage of the mangroves forests which are crucial in combating climate change whereas other countries struggle to achieve the same.

"We have seen how important the mangroves are in growing fish, and protecting the environment. What we can do as Kenyans is to enhance their conservation to give us natural protection without using too much money," Buyu, who is also the Kisumu Woman Rep said.

She said people should protect what they have naturally before going for foreign solutions to curb the effects of climate change, adding that with firm policies, mangroves conservation efforts will extensively help residents get economic benefits.

He commended Kenyans for being at the frontline in fighting climate change by restoring the destroyed forest covers.

Kitandula said the mangroves forest restoration and conservation project at Gazi bay is worth to be emulated.