Conservationists say the move will water down strides made in conservation 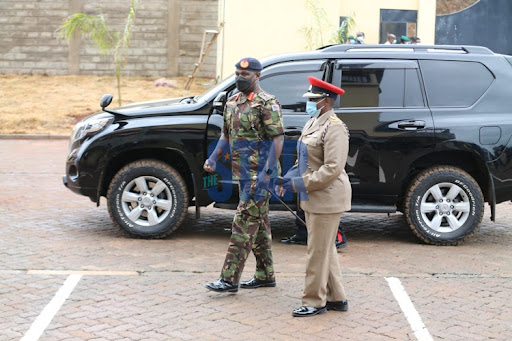 Plans by Kenya Defence Forces to acquire over 24,000 acres to set up a military camp in Kasigau ward have been met with opposition.

Residents have decried the move, saying the military wants to use the land, which falls partly in Lamu and Tana River counties, for livestock ranching following their takeover of the Kenya meat Commission.

Conservationists who spoke to the Star said the militarisation of the KMC risks jeopardising land issues in the country.

Through an Executive Order, President Uhuru Kenyatta transferred KMC management from the Ministry of Agriculture, Livestock and Fisheries to KDF in September last year.

The Law Society of Kenya challenged the order saying the transfer should happen following an amendment to the Kenya Meat Commission Act.

The court ruled that the transfer violated Article 10 of the Constitution for lack of public participation.  However, the order was executed mandating KDF to revamp operation and production, and transform KMC into a viable venture from a loss-making unit.

The National Land Commission has called for a hearing on December 2 and 3 in Kipini and Witu, respectively.

“The conservancy hosts a forest which was gazetted as an environmentally significant area by legal notice no 208 of  November 8, 2013.

It hosts over 250 elephants, five known points of pride of lions and leopards, around 40 wild dogs and is a migratory elephant corridor connecting coastal and Tsavo ecosystems,” Itela said.

Conservation Alliance of Kenya is an umbrella organisation of more than 50 NGOs in Kenya advancing the preservation, protection and management of wildlife and its habitats.

Itela said for the past two years, spaces for conserving precious natural resources have been under threat.

This, he said, is due to the rising demand by KDF to acquire these spaces for military training and livestock ranching.

If this continues, we will lose wildlife as well as conservation spaces, he said.

The Act of Parliament established KMC in 1950 as a body corporate with functions spelt out in the Kenya Meat Commission Act.

The public view was divided; those against it termed it the militarisation of public institutions, which sets a bad precedent, and land issues would be in jeopardy.

In 2020, Kasigau MCA raised a query in the County Assembly concerning the dissolution of a group ranches—Mramba, Development Trust, Ndara B, Oza ranch, Mbulia conservancy, Kishamba and Teri B— converting them to community land under the Community Land Act, 2016.

Out of the six ranches, not a single ranch from Kasigau ward— Wushumbu, Bura, Mbale, Dawida, Amaka and Kambanga—is listed for conversion to community land.

The conservation sector raised the alarm over this area because data on elephant movement in the Taita ranches prove this area is a migratory corridor connecting critical ecosystems of Tsavo East to Tsavo West and the Nkomazi reserve in Tanzania.

The controversial takeover by KDF has prompted Garsen MP Ali Wario to seek answers from the National Assembly departmental committee on defence and foreign relations.

Wario wanted a confirmation from Defence CS whether there was public participation prior to the ministry’s decision to acquire various parcels of land in Tana River and Lamu counties for the Kipini land programme as communicated through the gazette notice.

In his response, Defence PS Dr Ibrahim Mohamed said his ministry did due diligence in the acquisition of the land, adding that the Ministry of Land was involved.

The PS said from the records available, 27 parcels of land belong to private entities/ individuals.

Mohamed said the Defence CS initiated the process by formally writing to NLC over the same.

The PS in a letter dated October 21 and referenced MOD/17/08 said the local communities in the affected counties will benefit from security by having KDF around.

The PS said the move will create employment opportunities for residents within military installations through the supply of labour, goods and services.

Mohamed said there will be local and foreign investment during and after construction.

He says the move will improve local infrastructure including roads, electricity connectivity, water and telecommunication networks that will spur socio-economic development.