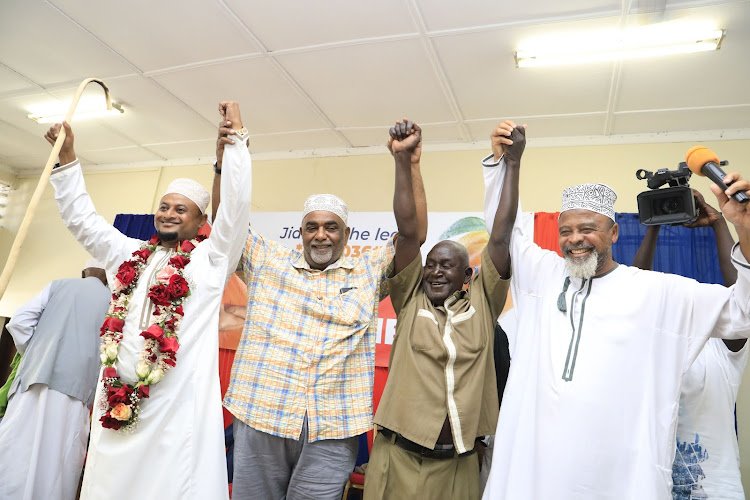 A section of ODM members in Mombasa now want the party to drop their consensus proposal and embrace nominations.

ODM is increasingly facing an uphill task in choosing the best candidates to fly the party flag in various elective seats in Mombasa.

This is because more leaders are now joining the party.

In May, the ODM National Elections Board, which was in the Mombasa leg of the countrywide tour of party offices, sold the consensus agenda to Mombasa chairman Mohamed “Dee” Khamis.

NEB chairperson Catherine Muma said consensus will be less expensive for the party and will not lead to mass walkouts.

“We want a non-adversarial method of electing our party officials because every member matters even if we have different opinions," Muma said.

On Saturday, youthful businessman Mohamed Soud Machele for the first time publicly declared he will be vying for the Mvita MP on the party ticket.

This was after months of anxiety among his supporters who were left guessing which party he will vie for.

After receiving blessings from Mvita elders at the Paris Hall in Guraya where he was also installed as an elder, Machele said he will be accountable to both the party and residents of Mvita.

Earlier, former Mombasa mayor Ahmed Mohdhar who has been supporting the young businessman said he is encouraged by the fact that he chose ODM as his vehicle of choice.

“Machele supporters have been asking me which party he is in. Today they have seen the answer,” Mohdhar said.

The former Mombasa mayor said they want free and fair nominations in the party, something that Khamis has assured will be the case.

Mohdhar said the 2022 election will be a great test for ODM, with members and supporters eagerly waiting to see how it will select its candidates.

“I have spoken to the ODM chairman in Mombasa and told him they will this time either strengthen the party or kill it. We want fair nominations,” he said.

He said consensus is a no-go zone in ODM, saying it will end in unpopular people getting party tickets because of their wealth or connection.

“We don’t want consensus here. We have to go to the nominations,” Mohdhar, an ally of Mombasa Governor Hassan Joho, said.

At the county level, former Kongowea MCA Jabess Oduor said he will be vying for the Mombasa senator on the ODM ticket.

He said nominations have to be conducted so that the most popular candidate is given the party ticket.

Oduor, who also vied for the seat in 2017 on a Wiper ticket, emerging third with 49,500 votes, will be squaring it out with incumbent Mohamed Faki.

“I want the people to decide, not some officials. Consensus may result in bitter feelings,” said Oduor.

On Saturday, Mohdhar said nominations will give the party more say and assure it has the best candidates in place. 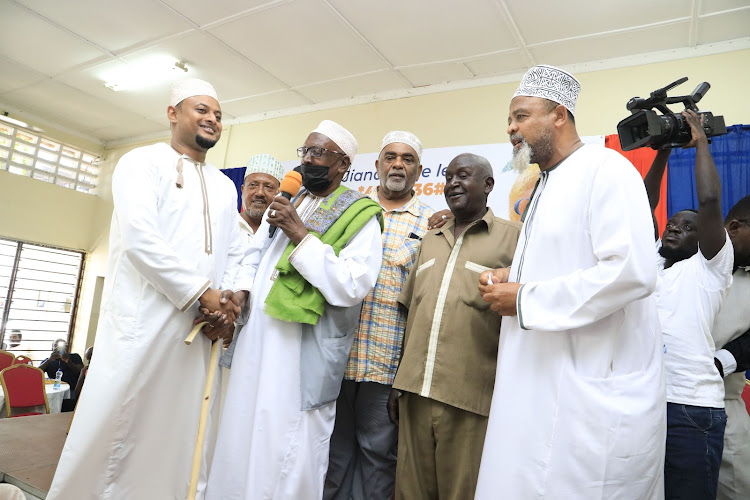 GO FOR IT Mohamed Soud Machele at Paris Hall in Guraya on Saturday.
Image: BRIAN OTIENO