• Achani and Lung'anzi are seeking the UDA ticket in their bid to succeed Governor Salim Mvurya as he completes his final term.

• Lung'anzi's supporters said Ruto should have kept quiet and let the two or any other interested candidate face off at the party nominations. 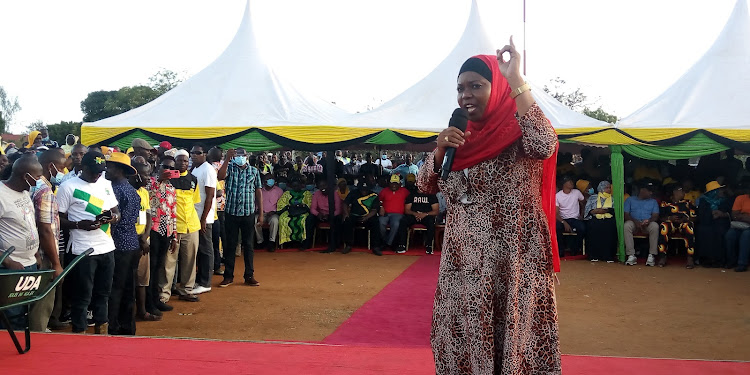 Achani and Lung'anzi are seeking the UDA ticket in their bid to succeed Governor Salim Mvurya as he completes his final term. At least six aspirants have lined up to take over from Mvurya.

In a media briefing in Ukunda on Monday, Lung'anzi's supporters said Ruto's action had hurt them by being unfair.

"What DP did was very unwise and has caused problems. We expected him to be neutral," a supporter, who sought anonymity, said.

The supporter said Ruto should have kept quiet and let the two or any other interested candidates face off at the party nominations.

The diehard followers said they were disappointed that the DP is the one who is causing problems in the party at the grassroots level.

Another said chances are high that they will ditch the party because their future is uncertain in UDA.

This is despite DP Ruto assuring UDA members that the party will observe democracy.

"This is a democratic party. We will ensure everyone gets fair treatment, no one will be discriminated against. The rights of each one of you will be protected to ensure people's opinions and demands are reflected and guide the party's decision," Ruto said in Ukunda.

But supporters said they will be waiting for further direction from their leader, Lung'anzi.

"If our candidate says we go right, we will follow him wherever he goes," Lung'anzi's backer said.

The supporter said if they withdraw from the party, UDA will be dealt a major blow as votes will be scattered.

The supporters said there were many parties their candidate could join, saying people are elected on the basis of their development record and agenda, not because of the party's prominence.

They said they will remain loyal to Lung'anzi and continue to support him in fulfilling his dream, no matter what he decides.

It is alleged that the majority of the leaders in the UDA party prefer Achani to Lung'anzi, but they are playing it cool.

After Jumwa's remarks, a section of leaders allied to Ruto could be seen nodding their heads in agreement with the MP.

Bader won against ODM's Omar Boga. Bader ditched ODM after Boga won the party primaries ahead of the by-election.

Since then, UDA has been attracting more aspirants compared to other political parties in the region.

Currently, over 20 candidates are seeking the party ticket to vie for different elective seats.

The majority of the aspirants have agreed to back one another no matter what the outcome will be after the party nominations battle.

But as leaders begin vote hunting, Kwale residents have called for peaceful campaigns.

Led by Mwanasiti Bakari Matata, residents warned politicians against engaging in the politics of incitement and hatred.

"We don't want violence. Let everyone exercise their democratic rights freely and sell their agenda, not chaos," she said. 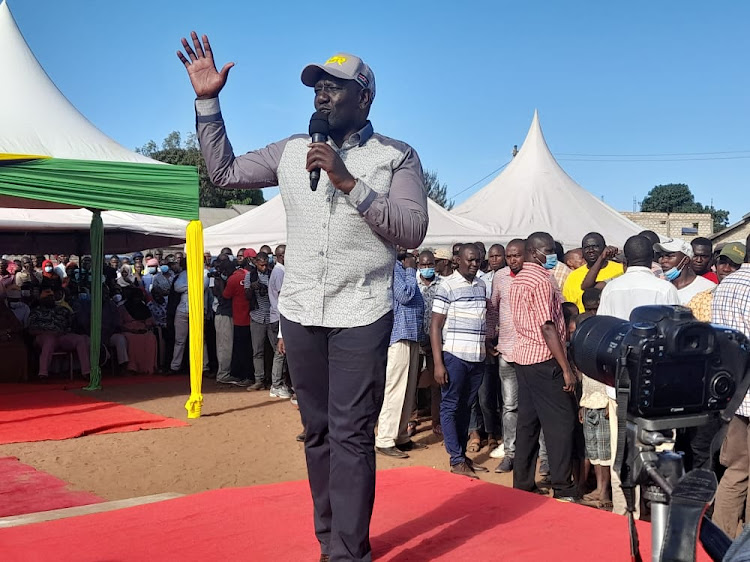