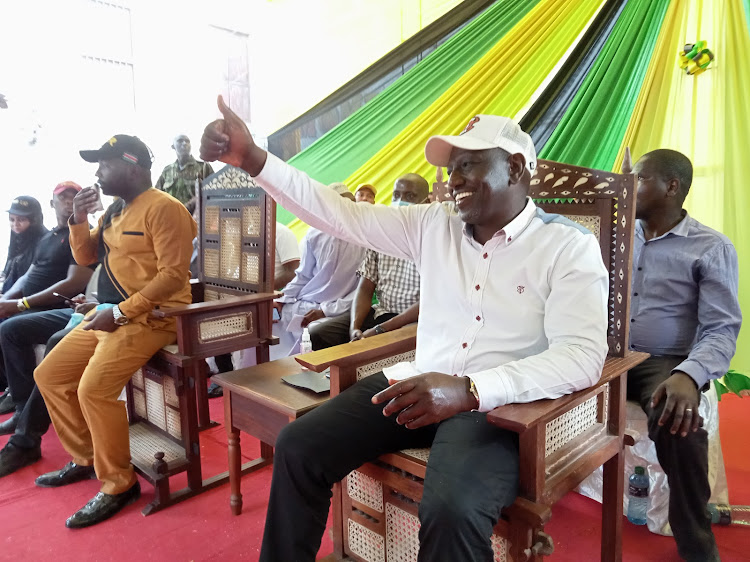 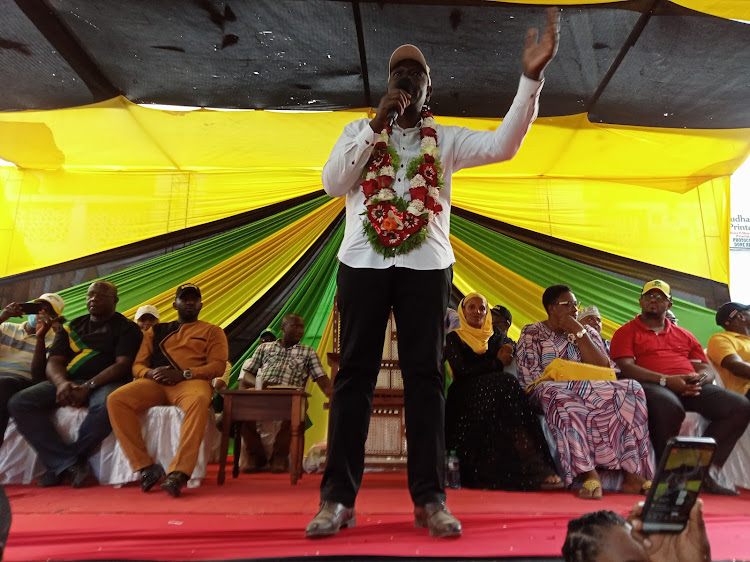 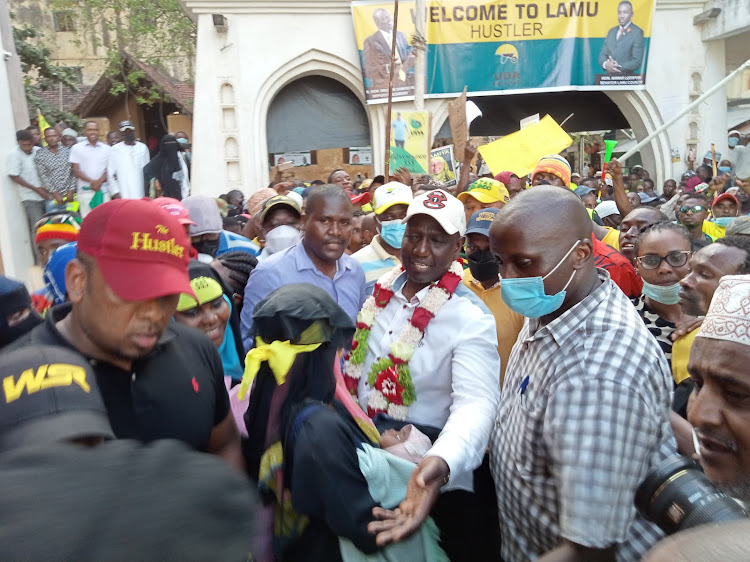 Deputy President William Ruto has drummed up support for the bottom-up economic model, saying it speaks the language of the common mwananchi.

Speaking at Mkunguni Square on Lamu island on Tuesday, he said the model focuses on uplifting the lives of citizens, especially low-income earners, in a manner that gradually propels them to better economic scales.

The DP said the bottom-up model will empower small businesspeople, farmers and SMEs who are currently suffering in the hands of shylocks and predatory lenders who charge outrageous interest.

“How many Kenyans are being pursued by Tala and the like? How many cannot live without Fuliza? How many are on CRB because of the small loans they received from these lenders? The bottom-up model will instal a special kitty that will lend without interest,” Ruto said.

The DP expressed displeasure at President Uhuru Kenyatta’s decision to back Raila Odinga for the presidency instead of him.

He said he would defeat Raila just like he was defeated by Jubilee in the last two general elections.

Ruto said it was embarrassing for the President to front Raila as a presidential candidate when there were millions of choices the head of state should have picked from.

“Out of the eighteen million registered voters, didn’t we have any other person that would have run for the presidency but him? Kenyans deserve better leadership and that’s what UDA promises,” he added.

The DP expressed confidence that UDA would form the next government.

“They dismantled the Jubilee Party and now we have formed the UDA party, which will form the next government come 2022,” he said.

Ruto pledged to resolve the rampant historical land injustices in Lamu, ensure residents get title deeds to protect their land from scammers and permanently resolve the issue of squatters.

He said the people of Lamu deserve to benefit the most from the new Lamu port to achieve the intended purpose of changing livelihoods.

Ruto warned Lamu residents to be wary of leaders who focus more on trying to change the Constitution to create more leadership opportunities than building the economy to relieve Kenyans of the high cost of living, joblessness and poverty.

He warned against divisive and tribal politics that only breed hatred and urged leaders to preach unity even as the country heads to the 2022 general election.

“Let us have a conversation first on how to improve the lives of the common mwananchi and even as we do so, let us remember that peace and unity are our biggest weapons. Let's shun anything that’s doesn’t spread unity,” Ruto said.