Staff members have entered into an agreement with Attorney General Alliance, a US-based organisation 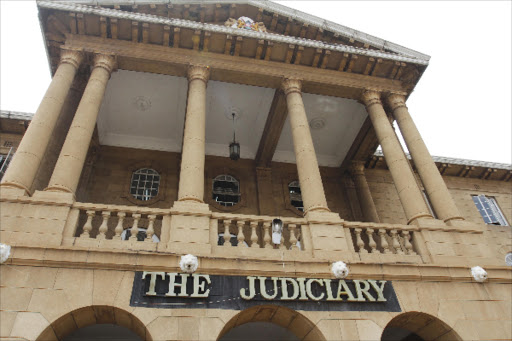 Judges and magistrates are expected to undergo training in emerging crimes under a new partnership with a US-based organisation.

The Judiciary, through its training institute, has entered into a partnership with the Attorney General Alliance where more judicial staff will undergo capacity building on how to deal with cross-national crimes.

The signing of the memorandum of understanding was witnessed by Chief Justice Martha Koome, director of Judiciary Training Institute Justice Smokin Wanjala and representatives from AGA in Mombasa on Tuesday.

“The emphasis of this partnership is to revamp our judicial education and training,” she said.

The 2021 MoU, which runs for five years, replaces the one signed in 2019 that ran for three years.

The initial agreement oversaw the training of over 100 judges in cybercrime and electronic evidence.

The new agreement is set to benefit more judicial staff.

According to Markus Green, a board member of AGA, their aim is to bring together justice stakeholders to share experiences and practices.

“Our work is to establish a collaborative relationship between justice and law enforcement agencies to support efforts to combat transnational crimes. Cross-border crimes do not respect borders,” he said.

AGA is a bipartisan organisation currently operating in nine African countries, including Kenya and Uganda.

Some of the crimes that will be under discussion include cybercrime, counterfeit drugs, human and wildlife trafficking, money laundering, asset forfeiture, virtual currency.

The MoU is further expected to oversee the development of physical and electronic libraries and the publication of journals covering diverse aspects of the Judiciary, intellectual dialogues and leadership.

Apart from the judges and magistrates, law clerks and legal researchers are expected to benefit from the training sessions.