They say, historically, the maritime areas rightfully belong to Kenya and not Somalia as is being propagated. 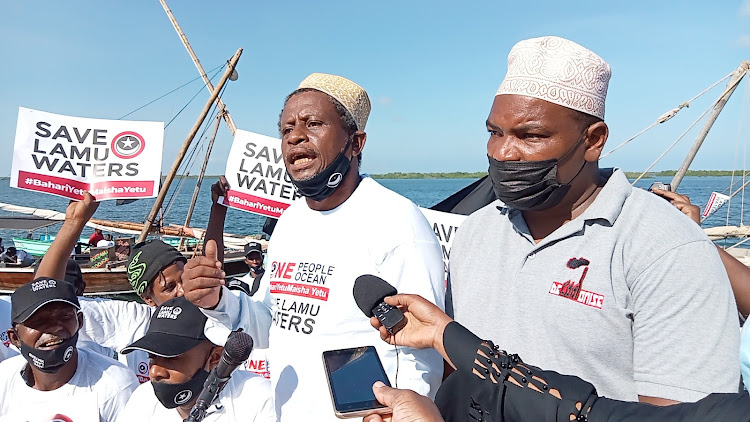 Lamu fishermen, activists and BMU representatives demonstrate in support of Kenya in the maritime dispute with Somalia earlier this year
Image: CHETI PRAXIDES 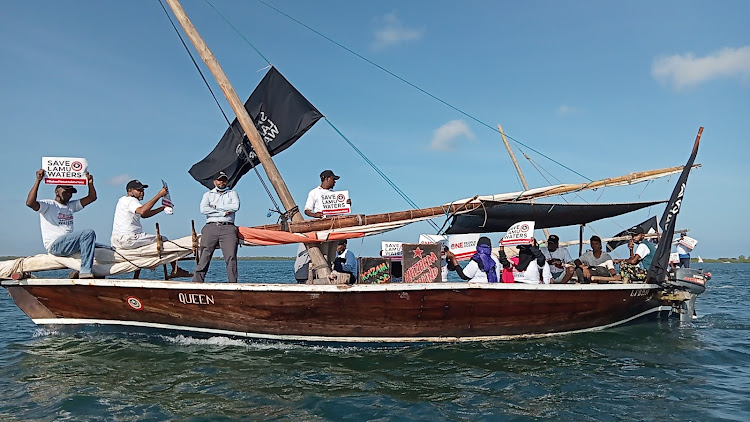 Lamu fishermen, activists and BMU representatives demonstrate in support of Kenya in the maritime dispute with Somalia earlier this year.
Image: CHETI PRAXIDES

As Kenya and Somalia await Tuesday's International Court of Justice verdict on the protracted maritime border dispute, veteran fishermen from Somalia have backed Kenya's claim on the contested stretch of the Indian Ocean.

The fishermen from Kiunga, Ishakani and Ras Kamboni long the Kenya-Somalia border said they have always known the area to be Kenya's territory and termed the dispute between the two Horn of Africa neighbors as uncalled for.

A Somali fisherman, who only identified himself as Osman for fear of intimidation from Somali authorities, said the dispute was being instigated by returnees who fled Somalia when it was on its knees.

He said these individuals knew very little about Somalia's history and territory and as such it was not far-fetched; they were being used by foreign forces to create conflict between the two East African countries.

“Only those of us that stayed can tell you the truth. We have lived here long enough to know who owns what and where. It's absurd and ironical for foreigners and Western puppets behind the court case to claim undisputed knowledge on rightful ownership of the disputed zone," he said.

Osman said those propagating such assertions were selfish individuals set to benefit in one or another from the strained relationship between the two countries.

“The fact that no one consulted us before ending up at the ICJ is indicative enough that there are individuals who are hellbent on destroying the cordial coexistence we have had with Kenyans,” he said.

Another veteran Somali fisherman only identified as Gullow said instead of brewing tensions between the two countries, the litigants should have first sought the opinion of local fishermen who, despite lacking formal education, possess vast knowledge about the disputed waters.

He said historically, the maritime areas rightfully belong to Kenya and not Somalia as is being propagated.

"Those spearheading the case should have first helped stabilize the Somali government and economy rather than picking unnecessary fights with our good neighbour Kenya. We have always known the area to belong to Kenya and no issues have arisen. This is just wrong,” Gullow said.

The local community in border areas of Kiuna and Ishakani have petitioned the ICJ to visit the area before making any decision.

These areas have a population of over 80,000 people with Swahili and Somali as the main languages.

Interestingly, all schools in these areas teach the Kenyan syllabus and were built by the Kenyan government.

The Kenyan shilling is also the major currency despite the fact that these areas boast of an almost fifty-fifty population of Kenyans and Somalis.

Residents from both sides have also intermarried.

“I am Kenyan and my two wives are Somali. My in-laws are in Somalia and they definitely have a home in Kenya. Most of my Somali friends have schooled in Kenya and have married here too. That is how we have lived,” said Lamu elder Mohamed Shee.

The ICJ will rule on the maritime case between Somalia and Kenya on October 12, a ruling that is expected to bring to an end a seven-year maritime case that Somalia filed in 2014.

The row is over the ownership of more than 100,000 square kilometers of Indian Ocean waters believed to hold deposits of oil and gas.

While Somalia claims its maritime boundary should run in the same direction as the southeasterly path of the country’s land border, Kenya argues the border should take a 45-degree turn at the shoreline and run in a latitudinal line, allowing her the 100,000 square kilometers territory.