The Kenya Airports Authority has warned residents living near the Malindi Airport against dumping waste products as it was a threat to the landing and taking off of aircrafts. https://bit.ly/3CPeF8a 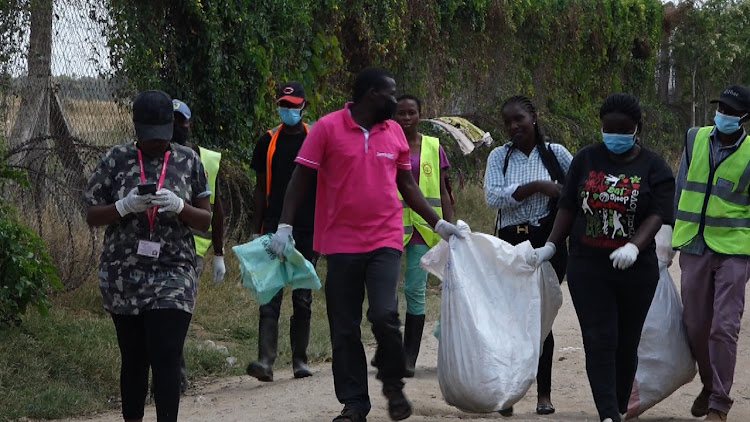 Malindi airport staff take part in the clean up exercise along the fence of the airport during the monthly cleanup exercise
Image: ALPHONCE GARI 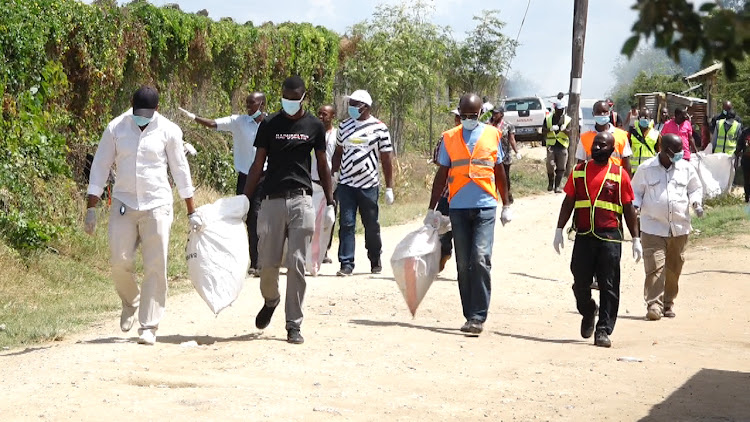 Malindi airport staff take part in the clean up exercise along the fence of the airport during the monthly cleanup exercise
Image: ALPHONCE GARI

The Kenya Airports Authority has warned residents living near the Malindi Airport against dumping waste products as it was a threat to the landing and taking off of aircrafts.

Progress Welfare Association of Malindi officials said many residents living near the fence dump a lot of waste materials which was wrong. They were speaking during monthly clean-up exercise organised by PWAM.

The exercise brought together the staff of KAA, airlines, taxi drivers and security officers.

The safety officer at Malindi Airport, Gladys Sua, said cleaning up the area was to guarantee the safety of aircrafts and passengers.

She said garbage around the airport attracts birds and can cause birdstrikes to the aircraft leading to accidents.

"It is important to ensure our aircrafts, passengers  and our work environment are safe. That is the importance of ensuring our environment is clean from foreign objects," she said.

Sua said they observed that the community living around were dumping waste along the fence hence the sensitisation mission.

The safety officer urged locals to ensure the airport is always clean because it has negative effects which could attract birds, dogs and cats and lead to accidents.

"Maintaining an aircraft is expensive, [and when] passengers involved in an aircraft accident, its [also] expensive to compensate [them] so we urge the community living around to be responsible," she said.

She said they adopted the Nyumba Kumi model of cleaning which started with 25 neighbourhoods. The number has since risen to 41 which is 410 people cleaning their community.

Mwikali said they are getting ready with the expansion of the Malindi Airport and are happy it was budgeted for by the government.

"The expansion will create jobs. It will also create more experiences for tourists in Malindi and reduce the infestations that we have witnessed in Malindi which is a danger to the tourists," she said.

She said the clean-up and expansion plan of the airport is a journey towards an eco-certified destination with international flights landing in Malindi.

Mwikali added that the airport expansion will also benefit locals as they will have an opportunity to export products.

Nine-year old Nisha Shaze Omar, who was one of the participants, said she was excited to be involved in the clean-up exercise.

"When you find paper dumped you should pick it up because the environment is very important to human life," she said.

Rotary Club of Malindi president Conrad Masinde said they have been taking part in the clean-up activities and termed the Nyumba Kumi model of cleaning as very successful.

He said they are happy to be part of the activities and are engaging children to learn about keeping their environment clean.

"We are looking forward to making it a major project and priority for Rotary. We are offering support in terms of planting trees and so far we have planted 4000 trees," he said.