Metrology for All also seeks to support women in metrology in Africa and developing countries.

• The programme has started its first online summer school in Kenya.

• Mwangi said metrology, the study of measurements, has a lot of potential in Africa because there are a lot of things that require accurate measurements. 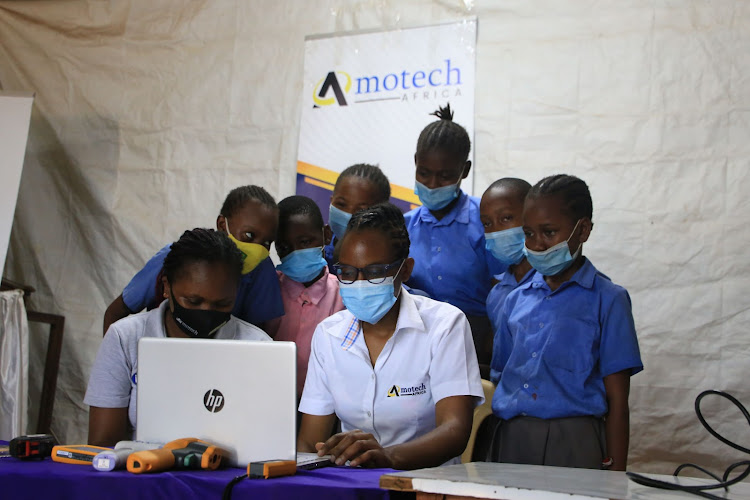 Career choices need to be made in a child’s early stage in school, when they are still eager to explore.

That is the message that a programme developed by a philanthropic woman in Sudan for African women and children is spreading.

Metrology for All is a volunteer programme that seeks to increase awareness of metrology. Its main purpose is to support women in metrology in Africa and developing countries.

The programme is also designed to help children in underprivileged neighbourhoods such as slums identify their careers.

The programme, in partnership with Amotech Africa, a solutions provider for test and measurement equipment, and Fluke Corporation, has started its first online summer school in Kenya.

The Olives Rehabilitation Centre in Bombolulu, Mombasa, is the first school in Kenya to benefit from the ‘Metrology For All’.

On Friday, Amotech Africa marketing and training manager Catherine Mwangi said they gained interest in the programme because it is in line with their vision.

She said metrology, the study of measurements, has a lot of potential in Africa because there are a lot of things that require accurate measurements.

The Amotech official said the Covid-19 pandemic, for instance, has taught Kenya the importance of measurement.

Testing for the disease, she said, requires the right test kits, measurements and the requisite skills.

“To enhance safety in any sector including health, aviation, engineering, and the likes, you have to have the right measurements,” Mwangi said.

Olives Rehabilitation Centre principal Michael Nyundo said the Metrology For All programme has attracted pupils from Grade 5 to Standard 8. They take part in the programme after classes at 3pm.

At the moment, 43 pupils have shown interest in the programme.

“I was thinking about how to help the children identify their careers in life and try to pursue it as they grow up,” Nyundo said.

He said identifying professionals who could give talks to children to inspire them was one of the best ways to help trigger interest in the children, and went about searching for them.

That is when he stumbled on Tamador Salih, a metrologist and founder of the Metrology for All programme, on the internet.

Nyundo said most of the pupils were interested in the programme because of the Zoom aspect.

“The programme has run for four days and I have noticed some children are now clear on what they want to do when they grow up,” he said.

Olives Rehabilitation Centre director Steven Were said the centre was meant to help children return to school, but has since been taking in children whose parents or guardians cannot afford school fees.

Were said the lack of exposure, especially in informal settlements, curtails the ability of children to fully exploit their potential.

“Sometimes they realise when it is too late that they are good at some things, when they may have already chosen and studied a wrong career,” he said.

Without exposure, the children always want to become what they see around them.

“One day during the parade, a pupil was asked what they want to become when they grow up and the pupil said a handcart puller. That is because that is what they had been seeing in their day-to-day life,” Were said.