Besides Mpeketoni, the island’s watermelons are sold to other parts of the archipelago and the rest of the county 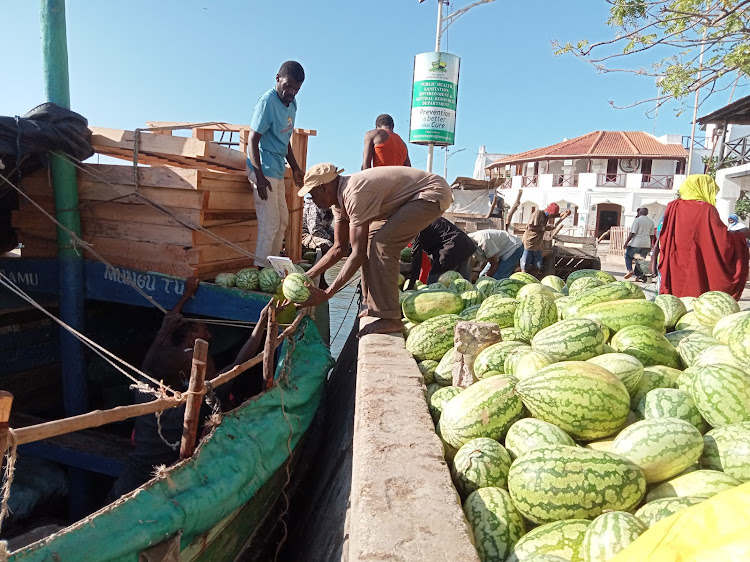 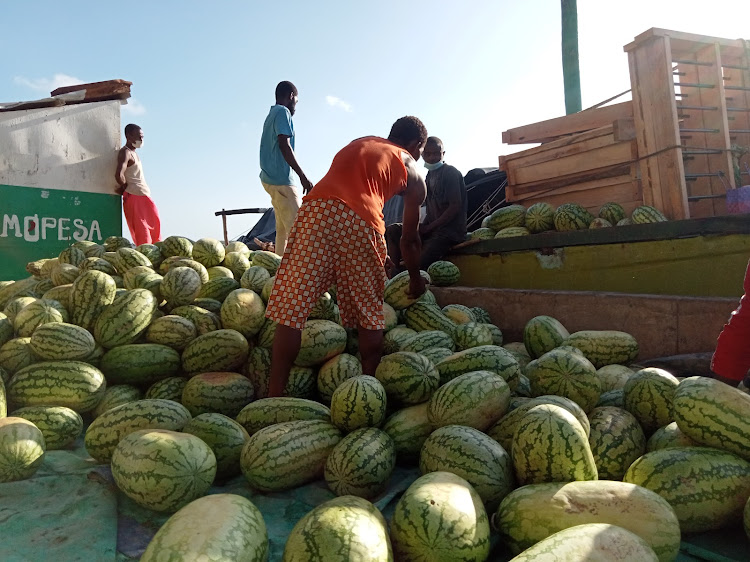 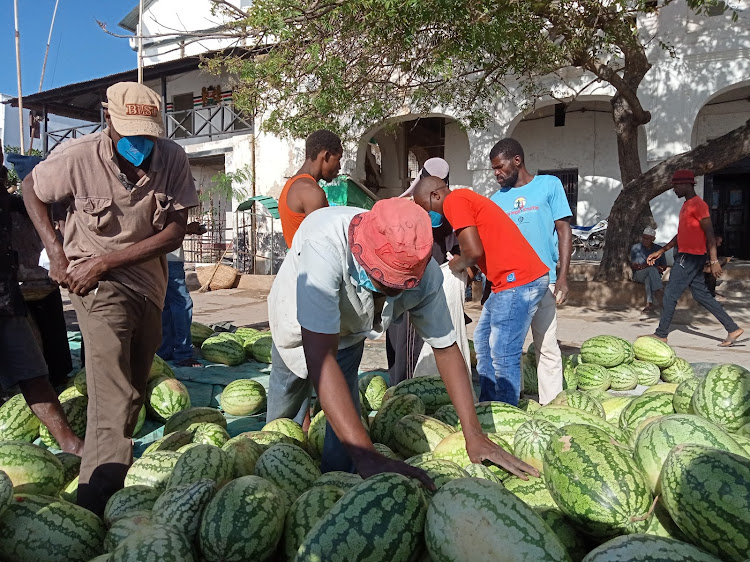 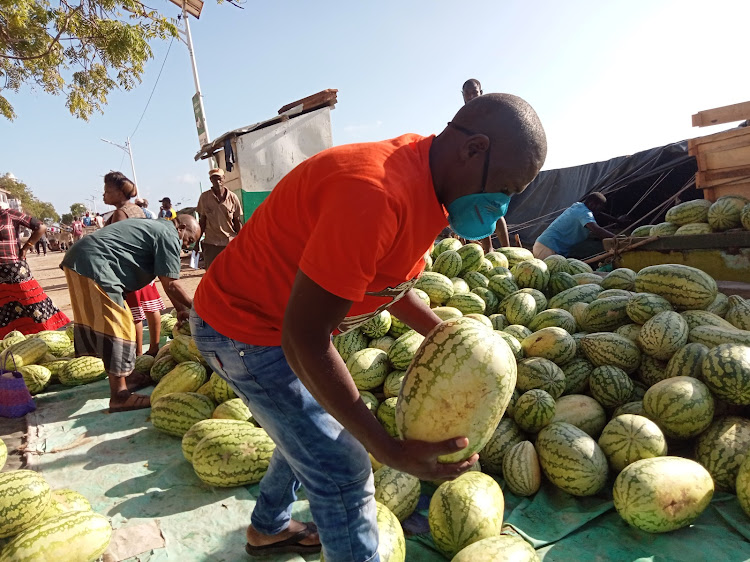 Mkokoni island in Lamu East is home to about 1,000 people, the majority of whom are Bajunis and minority Giriama, Kikuyu and Boni.

The island, located hundreds of kilometers away from surrounding islands, rarely receives rainfall all year round. When it does, however, it's normally short periodic rains not lasting longer than a few days. It is simply not enough to sustain meaningful farming.

Mkokoni island also has a poor road and communication network, which farmers have to contend with, among other challenges.

However, farmers on this island have slowly managed to turn the tide and made Mkokoni the largest producer and supplier of watermelons and other horticultural produce such as pumpkins, mangoes, green maize and green pepper.

The island is slowly carving its niche as one of Lamu’s major food baskets.

For years, Mpeketoni has been known to be the region’s food basket as it receives adequate rainfall all year round.

However, in an interesting turn of events, the town has found itself depending on Mkokoni island for the supply of watermelons.

Besides Mpeketoni, the island’s watermelons are sold to other parts of the archipelago and the rest of Lamu county. Farmers are making a killing from the fruit.

Emmanuel Mwaduma said they rely on a few freshwater boreholes to irrigate their farms. But because they cannot afford generators to pump water directly to their farms, Mwaduma says they manually carry water in jerrycans on their heads.

“If someone would sponsor and buy us irrigation pumps, we would grow this venture even more,” he said.

The little rainwater available is harvested and stored in Djabias for future use in case the boreholes dry up.

“The drought situation right now means all boreholes have dried up and turned salty. We go back to our storage djabias and mix the little freshwater with the saline one to irrigate our farms to keep us going as we await better days,” Mwaduma said.

The farmers use a concoction of traditional herbs as pesticides such as crushed barks and leaves of the neem tree as they cannot afford the high cost of pesticides.

After harvesting the fruit, they ferry to the local depot in the village from where its transported via boat to Lamu island and other parts of the county for sale.

Maina Kariuki says they rely on the goodwill of police officers on the island who help them carry the fruit from the farms to the depot for free. The police Land Cruiser is the only vehicle on the island.

“We wait for them as they come for patrols and request for their help. They have been our greatest help,” he said.

A single trip of watermelons aboard a large boat costs not less than Sh50,000, which the farmers contribute amongst themselves.

The boat leaves Mkokoni twice a week with not less than 30 tonnes of the fruit on board.

The farmers have appealed to the government to construct a road from Kiunga to Hindi and then from Kiunga to Mkokoni to enable them to cut down on transport costs.

“Transporting the fruit is our biggest headache because it is very expensive to hire a boat. During high tide, we lose some of the fruits. We need a good road network here,” Kariuki said.

Once on Lamu island and other parts of the county, one fruit goes for between Sh200 and Sh250. The farmers have asked the county government to help them secure other profitable markets for the fruit.

“The price depends on the size of the fruit and sometimes we have to sell cheaply so that it doesn’t go bad. We need a reliable market,” he said.