Kisauni, Mvita and Nyali have the highest number of voters.

• Over the weekend, Nassir camped in Nyali and Kisauni constituencies. Shahbal was in Nyali too.

• They have both declared interest to run on an ODM ticket. 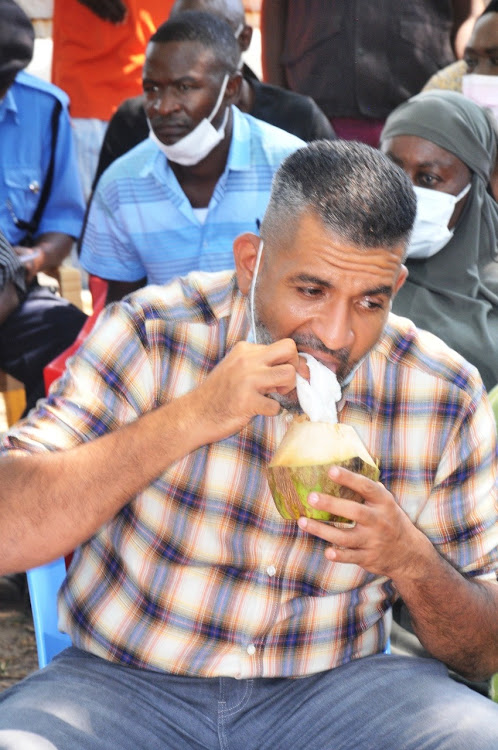 Businessman Suleiman Shahbal and Mvita MP Abdulswamad Nassir have for the past one week intensified their campaigns to succeed Mombasa Governor Hassan Joho.

The two leaders have been hunting for votes in Nyali, Kisauni, Likoni and Mvita constituencies where they have been selling their agenda to the locals ahead of the 2022 polls.

They have both declared interest to run on the ODM party ticket.

According to the Independent Electoral and Boundaries Commission, Mombasa had 508,223 voters during the 2017 General Election.

The numbers are bound to increase as IEBC plans to start recruitment of new voters ahead of the next general election.

Nassir already has Mvita as his stronghold. Over the weekend, he camped in Nyali and Kisauni constituencies. Shahbal was in Nyali too.

On Sunday, Nassir attended two church services at Revelation of Healing Ministry Church in Maweni and Voice of Salvation and Healing Church in Kongowea.

“As an elected representative of one of the most cosmopolitan areas, I wholeheartedly embrace the religious diversity that makes us one nation,” he said.

Later on the MP, who chairs the Public Investments Committee of the National Assembly, was at Frere Town for a meeting with youth groups.

“We joined the Friends Group in Frere Town ward for a meet-and-greet occasion. I am very excited that the people of Mombasa county have memories of the countless development programmes and parliamentary representation from Mvita constituency,” Nassir said.

On Saturday, Nassir was in Kisauni where he attended a funds drive in aid of Imani Imara Women Group based in Junda ward.

“The funds drive was meant to boost the group’s kitty and help offset expenses in running their office,” he said.

The churches Shahbal and Nassir attended are within the same locality.

On Saturday, Shahbal was in Maweni where he met youths from that region. He said the 2022 General Election is about bringing development to the county.

He said it was discouraging to see the majority of Mombasa youth jobless with many others trapped in drug abuse, nine years since devolution came into effect.

“Change must come. The 2022 election is about electing leaders who can bring development and attract investors to the county,” Shahbal said.