The other Kalonzo: Suave diplomat to steely warrior

The former VP said he will no longer be self-effacing.

• No longer the soft-spoken peacemaker and  diplomat, but the steely warrior  who plans to cleanse the country of corruption and thieves.

•The former Vice President said he will ride roughshod over all who oppose his vision and stand in his way. 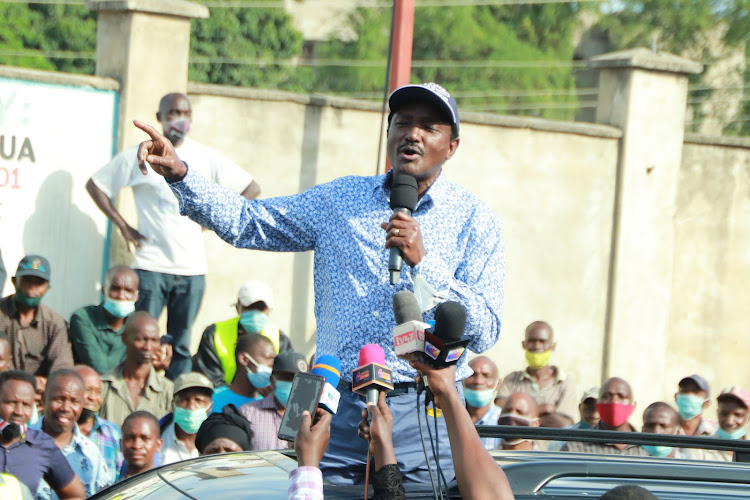 ROAR LIKE A LION: Wiper leader Kalonzo Musyoka at the Akamba Handicraft in Mombasa on Friday.
Image: JOHN CHESOLI

Kenyans can expect a brand- new  Kalonzo Musyoka, no longer the gentlemanly diplomat but a real fighter willing to slug it out for what he believes in.

This is what Kalonzo said on Friday in Mombasa.

No longer will people see a soft-spoken politician, who is always a peace maker but a politically ruthless  warrior who plans to cleanse the country of corruption and thieves.

“(Many know Kalonzo as a reconciler. Is it not true? People spoil the country and expect Kalonzo to fix it. This time round we will spoil it together),” Kalonzo said.

He spoke at the Akamba Handicraft in Changamwe, Mombasa, his first stop after touching down in the county on Friday afternoon. 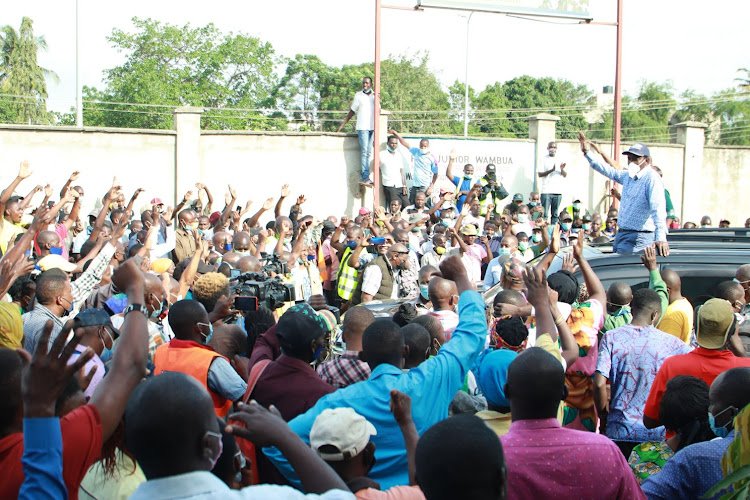 The Wiper leader said for a long time he has played gentleman’s politics, always sacrificing his own ambitions to help others climb to the upper echelons — so much so he was  considered a pushover.

The former Vice President said he will ride roughshod over all who undermine his vision and try to erode his political strength.

“This time we will put being a gentleman an behind. And I’m not saying that so we can throw stones at each other. No. We will spar with our brains,”  Kalonzo said.

He said the political fight for the coveted House on the Hill in 2022 will be between those who use and dump Kenyans and those who practice servant leadership.

Kalonzo, who was accompanied by Kitui Senator Enock Wambua and Kisauni MP Ali Mbogo, said Kenyans will look at  track record to deciding who is better suited to be the country’s CEO.

“People will decide who is a working leader, who is not a thief, who is God fearing and does not oppress anyone,” Kalonzo  said.

Mbogo and Wanbua said Kalonzo is the best bet if Kenya is to kick out corruption.

“Poor leadership has hurt Kenya. The time has come for us to be courageous. We need courageous leaders like Kalonzo to steer this Kenyan ship to safety,” the Kisauni MP said.

Mbogo, who is eying the Mombasa governor's seat in 2022, said he will form a formidable team with Kalonzo should they win.

Some are buying 20 helicopters, tomorrow they give mwananchi wheelbarrows. Who are you fooling?”

The two said thieves have destroyed the country’s economy, with the most corrupt now rebranding themselves into the holiest of individual.

“Some are buying 20 helicopters, tomorrow they give mwananchi wheelbarrows. Who are you fooling?” Kalonzo asked, adding that Kenyans won't be fooled.

Kenya should look beyond the East Africa Community throughout the African continent and will help make Kenya the beacon of prosperity for the continent.

He said his experience in the economy will help achieve double-digit growth.

Kenya needs leaders who can think outside of the box to grow its economy, he noted, taking a swipe at Deputy President William Ruto’s proposed bottom-up economic model.

“Not by some haphazard bottom-up approach but by real economics. Make Mombasa a free port, followed by Lamu and you will see even at the SGR, there will be not enough people for the jobs,” said Kalonzo.

He said with free port statuses, Mombasa and Lamu will be turned into Dubais.

He said the One Kenya Alliance, which brings together his Wiper party, Musalia Mudavadi’s ANC, Moses Wetang’ula’s Ford Kenya and Gideon Moi’s Kanu, will form the next government in 2022.

Responding to Deputy President William Ruto’s brigade, Kalonzo said Oka is not a tribal outfit as the Tangatanga camp wants to

He said Ruto is the tribal kingpin who wants to paint himself in different light.

“When he took over government together with Uhuru Kenyatta on a 50-50 basis, he employed only his community members. Is that not a kingpin?” Kalonzo asked.

He said he has no bad blood with President Uhuru Kenyatta, nor ODM leader Raila Odinga and that is why he seeks their support to become the next president.

Kalonzo said no one owes him any debt but Raila should do the honorable thing and support his presidential bid this time.

“I have helped Raila for 10 years. And I know he loves this Kenya. He should join hands with his younger brother Kalonzo Musyoka so we can revive the Cord vision,” Kalonzo said. 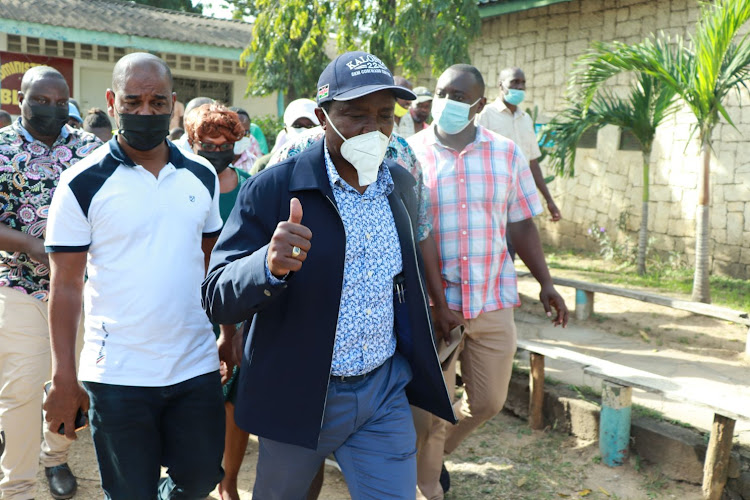