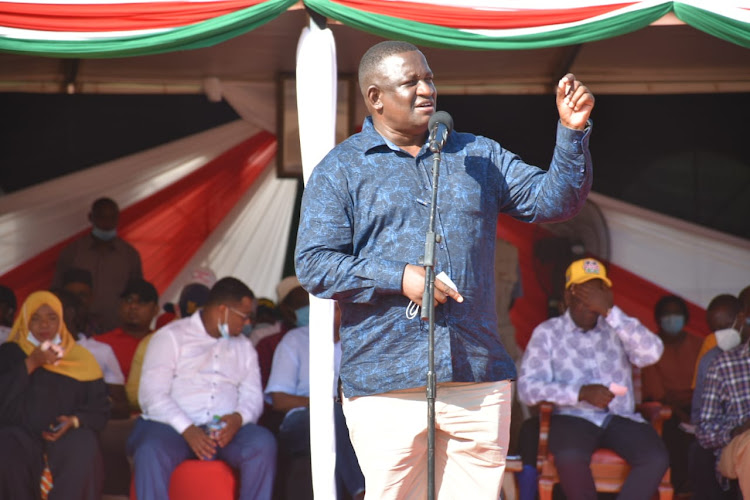 Kwale Governor Salim Mvurya has started campaigning for his deputy Fatuma Achani to succeed him in next year’s general election.

The governor called on the Kwale residents to support Achani, saying she is qualified to take up the mantle as the first woman governor in the region.

He is among three Coast governors serving their second and final terms in office. Others are Hassan Joho (Mombasa) and Amason Kingi (Kilifi).

Only Mvurya has openly endorsed his deputy to succeed him.

In his first term in office, Joho had a female deputy—Hazel Katana, but they fell out towards the 2017 General Election. Joho replaced her with William Kingi.

The same happened in Kilifi where Kingi fell out with Kennedy Kamto and replaced him with Gideon Saburi in 2017.

Mvurya and Achani have however remained a team since they were first elected in 2013.

On Tuesday, during the launch of Egu Dspensary in Mackinnon, Mvurya urged residents to elect development-oriented leaders.

“Corrupt leaders have been the reason for this region’s slow development since independence. You should ensure you elect leaders with a vision to continue with our development agenda,” Mvurya said.

He warned that Kwale might continue to lag behind if residents fail to make wise choices at the ballot.

Mvurya said within the short time they have been in power with Achani, they have managed to elevate Kwale to greater heights.

He said they have built the county from ashes and saved it from poverty and illiteracy that had for long been witnessed in the region.

The governor said through the Elimu Ni Sasa bursary programme, many students have been able to access equal learning opportunities unlike before when only a few rich families got education.

The bursary programme was established in 2014 to help bright but needy students.

Over Sh400 million is pumped to the county bursary kitty every financial year.

He said the modern fully-fledged ECDEs are giving needy children an opportunity to establish a solid education foundation.

The governor said they have also brought quality and affordable healthcare services to the citizen's doorstep, hence reducing the mortality rate in the region.

More than 137 modern health dispensaries have been constructed in all the 20 wards in the county.

Mvurya said they have more in the pipeline for residents, but his term is coming to an end, therefore the only person to continue with his legacy is Achani.

“Kwale is not where we want it to be, that is why I support my deputy to continue with my legacy upon my exit next year," Mvurya said.

He said Achani has mastered all the ways of good governance from him and she is ready for the county's top seat.

He told residents to shun tribal politics and elect leaders based on their development records and agenda.

Others who are expected to battle out with Achani for the gubernatorial position are Agriculture PS Hamadi Boga, Chai Lung’anzi and former Transport Minister Chirau Mwakwere. 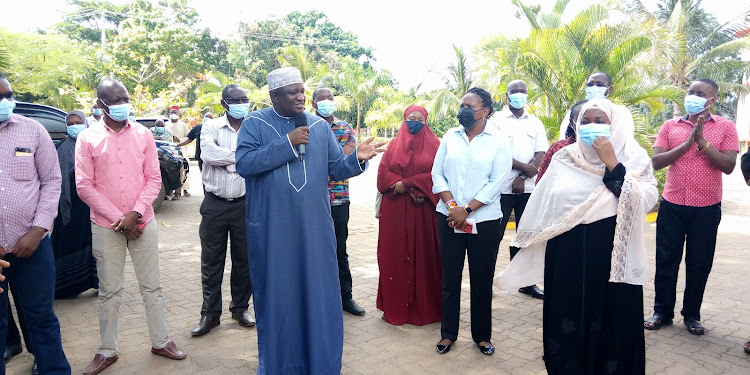