• Mbwana, 41, a salesman at a butchery in Likoni was abducted by men who broke into his home on February 24, at Ujamaa area at midnight.

• His family has looked for him in mortuaries in Coast and countrywide with no success. 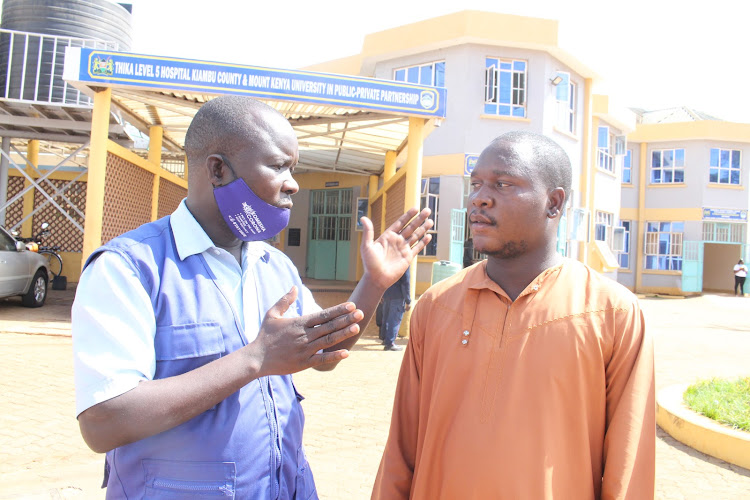 The family of Bakari Mbwana is still trying to trace him, two months after he was abducted by gunmen at his Likoni home, Mombasa in February.

His family has looked for him in mortuaries in Coast and countrywide with no success.

Mbwana, 41, a salesman at a butchery in Likoni was abducted by men who broke into his home on February 24, at Ujamaa area at midnight.

“They broke into the house, handcuffed him in the middle of the night and left. We haven’t seen him to date,” Omar said.

He spoke to the Star at Thika Level Five Hospital mortuary where there had been reports of bodies collected in Murang’a in the past one week.

Omar travelled from Mombasa with the help of the Muslim for Human Rights lobby to check if his brother's could be among the bodies.

“He is not there, we will not tire from looking for our brother but we are asking authorities [to tell us] where our son is,” Omar said.

Omar said his brother has been a butcher for 10 years and doesn’t travel outside the county. He has no criminal record.

“He has never been arrested before nor has he ever been summoned by police for clandestine activities,” Omar said.

The abduction of the father of four took place days after another incident in the same subcounty involving three youths on February 16, according to Muhuri.

The bodies of Juma Athman, Ali Tengeza and Hamisi Mwinyi, were later found at Coast General Hospital Mortuary with gunshot wounds. They were aged 29, 20, and 17 respectively.

“We have come all the way from Mombasa to Kiambu to try and find his body. Our organisation is planning to move to courts to have the government produce Bakari dead or alive,” Auma said.

Likoni deputy subcounty police boss Jeckton Opengo told the Star that cases of missing people were being handled by the area directorate of criminal investigations officer.

Likoni DCIO Richard K’Oywer told the Star: “Today is a weekend I cannot comment on the matter.”

This year, Muhuri has recorded 25 cases of enforced disappearances in the Coast region.