Detectives in Wundanyi, Taita Taveta county, are investigating the suspected murder of a woman whose body was beheaded with arms and legs missing and dumped in a thicket. 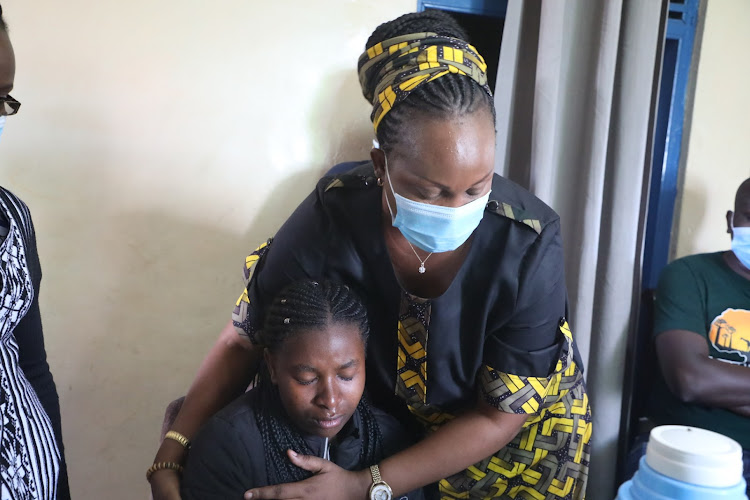 Detectives in Wundanyi, Taita Taveta county, are investigating the suspected murder of a woman whose body was found dumped in a thicket.

Several of her body parts were missing.

Wundanyi subcounty police commander Onesmus Kombe said the body of Mary Mwamtungu was discovered on Monday by residents in a thicket near the road in Werugha market.

“It seems that the heinous act was done elsewhere and the body dumped at the scene. We have launched investigations to unravel the mystery behind the gruesome murder,” Kombe said.

He said no suspect had been arrested but called on members of the public to report to police any leads that could aid in arresting the perpetrators.

The body was beheaded with arms and legs also missing. It was moved to Wesu hospital mortuary awaiting autopsy.

Meanwhile, some county leaders have urged the DCI to put an end to the increasing cases of murder in the area.

Mwamtungu's murder comes days after another woman was reportedly raped and murdered in Wesu.

Taita Taveta Woman Rep Lydia Haika warned that residents will be forced to take law into their own hands if the police fail to bring to book the suspects.

She said continued murder cases of women in the area posed a danger to the society.

“Let the police use all the resource at their disposal to end the wave of crime targeting women. If they fail, we will have to find a way of protecting our people,” Haika said.

They said the bizarre coldblooded murder should be a wakeup call to security officers to weed out sex pests and other criminals from the society.

Coast region Sauti ya Wanawake chairperson Dorcas Gibran condemned the incidents, pointing out on the need to roll out a robust campaign to end gender-based violence.

“Poverty and joblessness is slowly dragging us back to increased cases of gender violence therefore, we need to swiftly find a way of dealing with it,” she said.

She warned the perpetrators that the law shall eventually catch up with them.