Muhuri wants Justice Koome out of CJ contention over 2017 ruling

Justice Koome was part of a three-judge bench that controversially quashed a ruling by Justice George Odunga that would have stalled the 2017 repeat presidential election.

• Khalifa said Koome failed the requirement of Article 166 (2) (c) of the constitution, which demands a high moral character, integrity and impartiality from a candidate seeing the post of CJ or judge of the Supreme Court of Kenya. 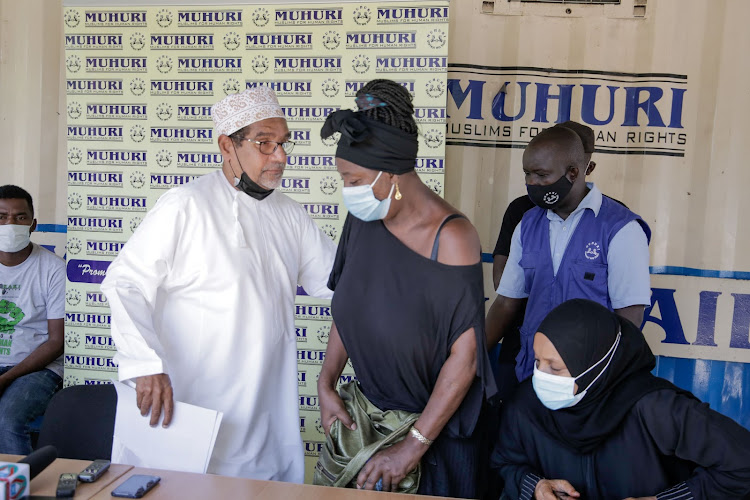 Lady Justice Martha Koome’s scheduled interview on Wednesday for the position of Chief Justice and President of the Supreme Court is facing opposition from a human rights organization.

Interviews for the position started Monday with Justice Said Chitembwe the first of the 10 applicants to be interviewed by the Judicial Service Commission.

Koome will be the third to be interviewed.

Muslims for Human Rights chairman Khelef Khalifa on Sunday said the organization has no confidence in her after she ‘allowed herself to be used by the Executive’ in a previous case filed by the organization.

Khalifa told the Star Koome was part of a three-judge bench that in 2017 issued a suspect ruling quashing an earlier ruling by Justice George Odunga which was in the human rights defender’s favour after he challenged the appointment of 290 constituency returning officers and their deputies by the IEBC ahead of the repeat presidential elections.

“I strongly believe that in 2017, Justice Koome participated in a judicial conspiracy that defeated electoral justice and caused me as a litigant – and Kenyans in general – significant miscarriage of justice,” said Khalifa in a petition to the JSC on February 25.

He said, in the petition, the judicial conspiracy also undermined the integrity of the judiciary and its authority.

He said the CJ’s office requires someone with impeccable integrity and an outstanding record – one who cannot get influenced by those who wield political power, especially the Executive, or subdued by its pressure.

“It requires someone who can stand up for right, no matter the pressures, as well as someone who has a thick skin and able to accept criticism – in the conduct of their work – humbly,” said Khalifa in the petition.

On April 6, JSC secretary Anne Amadi said the commission resolved to have the petition served upon the candidate for response.

“Pursuant to the resolution, the complaint was served and a response duly received,” wrote Amadi in her response letter to Khalifa.

Amadi said the complaint and the candidate’s response will be taken into consideration during the ongoing recruitment and selection exercise for the position.

Khalifa said Koome failed the requirement of Article 166 (2) (c) of the constitution, which demands a high moral character, integrity and impartiality from a candidate seeing the post of CJ or judge of the Supreme Court of Kenya.

He wants the JSC to determine that Justice Koome is not a person competent and fit to be CJ or judge of the SCK.

“I personally do not have any issues with Koome. She is a champion of second liberation. However, we feel that she was used and she agreed to be used when she was on that three-judge bench.

“Was it in the interest of justice or some few people when they quashed that Odunga ruling in 2017?” Khalifa posed.

The effect of Odunga’s ruling which declared that the IEBC’s appointment if the 290 constituency returning officers and their deputies illegal would have stopped the repeat presidential election.

“Our fear is that should she become CJ, she might be used again by the Executive,” said Khalifa.

Article 167(1) and 167(2) of the Constitution of Kenya provides that an individual shall retire from the Office of the Chief Justice after serving for 10 years or on reaching the age of 70, whichever comes first.