Faki says directive will transfer congestion from ferry to the bridge

• The two said the floating bridge is ill-equipped to handle an emergency with the huge number of people using it.

• The Mombasa County Emergency Committee on Covid-19 Response on Monday issued the directive forcing all pedestrians to use the floating bridge. 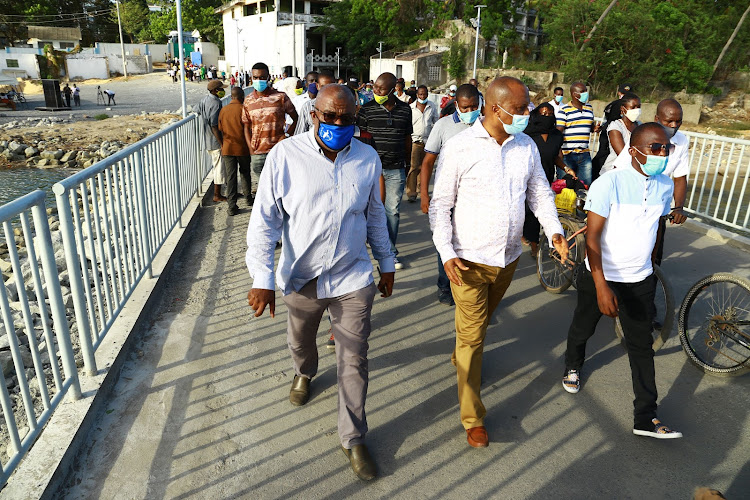 Mombasa Senator Mohammed Faki and his Kwale counterpart Issa Boy have faulted the directive to have all those crossing the Likoni channel to use the Liwatoni floating bridge.

Faki said use of the floating bridge is not a solution to the congestion at the Likoni ferry.

“The congestion has just been transferred from the ferry to this bridge,” said the Senator.

They want the directive reversed.

On Thursday evening, scores of Likoni residents thronged the bridge.

No social distancing was observed.

On average, about 20,000 people use the floating bridge, according to government officials.

About 300,000 people cross the Likoni channel using the ferries daily. 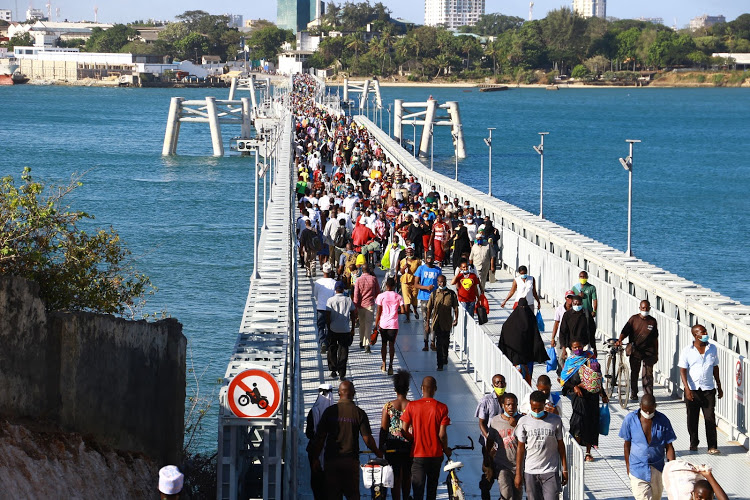 Faki and Boy spoke on Thursday evening after the two senators visited the floating bridge to assess its effectiveness in ensuring there is no congestion while crossing the Likoni channel.

The two said the floating bridge is ill-equipped to handle an emergency with the huge number of people using it.

“There is no ambulance near here. There are no divers. Only first aiders are here. In case of an emergency, it will be tricky,” Faki said.

The senators said use of both the bridge and the ferries would be a more effective way of decongesting the ferries.

“There are persons with disability and sick people who use the ferries and forcing them to walk 1.2km, which is the length of the bridge, is like a punishment to them. They would rather use the ferries,” said Faki.

Security officers deployed at the ferry at the onset of the mandatory use of the bridge directive allowed school children and persons with disability to use the ferries on Wednesday. 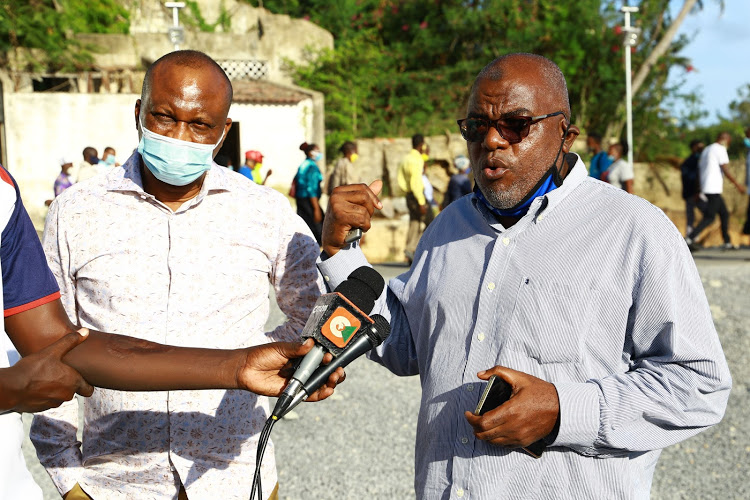 The Mombasa County Emergency Committee on Covid-19 Response on Monday issued the directive forcing all pedestrians to use the floating bridge.

The directive took effect on Wednesday morning with some residents, especially those living at Shelly Beach, unhappy with the directive because it forces them to either walk longer distances from home or use extra fare ride boda bodas or tuk tuks.

Senator Faki said Likoni area has recorded the least number of Covid-19 cases in Mombasa compared to other sub-counties thus it should not be treated as if it is the area leading with positive cases.

“Instead of encouraging them to take even more precaution by providing them with masks and hand washing stations, we are busy vilifying and victimising them,” said Faki.

He noted that the ferry is a public service and any decision on them must be subjected to public participation, which did not take before the directive was issued.

He said as a leader, he was not consulted on the matter like he was when Covid-19 first came into the country.

“This directive will increase cases of Covid-19 instead of reducing them rendering the whole decision to establish the floating bridge more harmful than useful,” said Faki.

Boy said safety of the Kwale people is his top priority and exposing them to the Covid-19 virus through congestion does not go down well with him.

Faki said owners of business premises within the locality of the facility have also raised concern over the movement of commuters which has interfered with their operations.

“This is a disaster in waiting,” he said.

Only schoolchildren and persons with disabilities were allowed to use the ferry.
Counties
1 week ago