Family seeks help to bring back woman trapped in Saudi

•According to her mother Terezi Mweni, Magati used to call and send money back home regularly for the first seven months before things started changing. 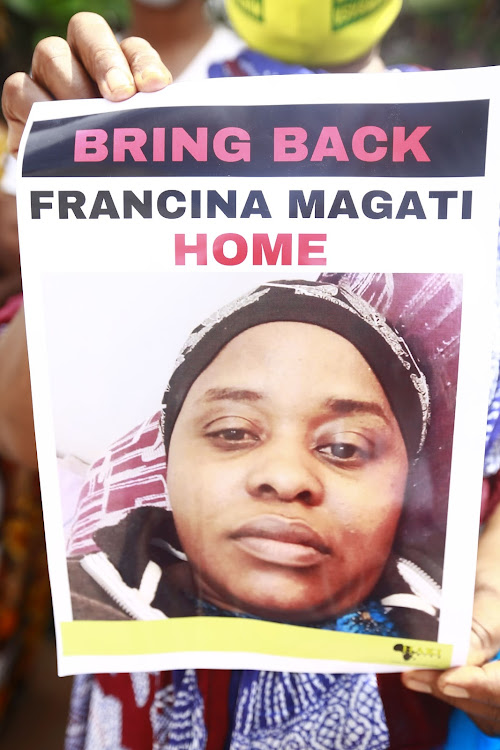 The family of a 33-year-old woman stuck in Saudi Arabia have appealed to the government to help them bring her back home.

Francina Magati, a mother of three, left Kenya in September 2019 for greener pastures in Dammam, Saudi Arabia, as a domestic worker.

Her mother, Terezi Mweni, said for the first seven months after Magati went to Saudi Arabia, she used to call and send money back home regularly.

But things changed after she fell ill.

“After seven months, she started complaining about her health, saying she feels tired frequently and experiences abdominal pains,” Mweni said at the Haki Africa offices.

She said her daughter complained of mistreatment soon after she told her employer she was sick and needed medical attention.

“She was forced to carry heavy things like gas cylinders, mini-fridges, and TV stand from the ground to the sixth floor of the storey-house she used to work in,”  Mweni said.

Her employer, according to Mweni and Magati’s sister Serah Henry, refused to take her to the hospital, only buying her over-the-counter drugs to try and manage the pain she was undergoing.

Then the employer threatened her by getting her arrested if she continued refusing to work.

“Her condition could not let her work. She felt pain in the reproductive system. I advised her to let the employer take her to the police station,” Mweni said.

The Saudi Arabian police refused to book or hold her and instead ordered that she be taken to the hospital for a check-up and medication.

“She was found with pneumonia and a damaged reproductive system,” Mweni said.

Meanwhile, Magati’s firstborn, a student at a secondary school, said they have been sleeping hungry for days since his mother had stopped sending money home.

“Whenever we complain to her that we have nothing to eat, she bursts into tears and says she is working hard to come back home,” her firstborn said.

Her two other children are 15 and seven-year-old.

Magati’s sister said she told her that her employer sent her back to the agency that recruited her where she was spending days in an office with little food.

From the agency office, she was sent to five different houses where she worked for about seven months but each time she never received her pay.

“The agency was taking her pay from the houses where she used to work, but never gave her any of it,” Mweni said.

“I want my daughter back home alive,” she said.

He said rogue recruitment agencies continue to operate despite several government warnings about a thorough crackdown on them.

“Article 43 of the Constitution gives Kenyans the right to decent living and medical attention. Magati cannot be forced to work while she is sick and be expected to perform,” Shipeta said.

He said Magati’s main employer, who paid for her air tickets to Saudi Arabia, has refused to sign the necessary documents to allow her to be returned to Kenya.

"This is modern-day slavery,” he said.

He said recruitment agents make millions of shillings off desperate Kenyans’ and refuse to take responsibility for whatever happens to their clients in the Middle East countries.

According to Shipeta, the recruitment agents fly out as many as 100 people a year. 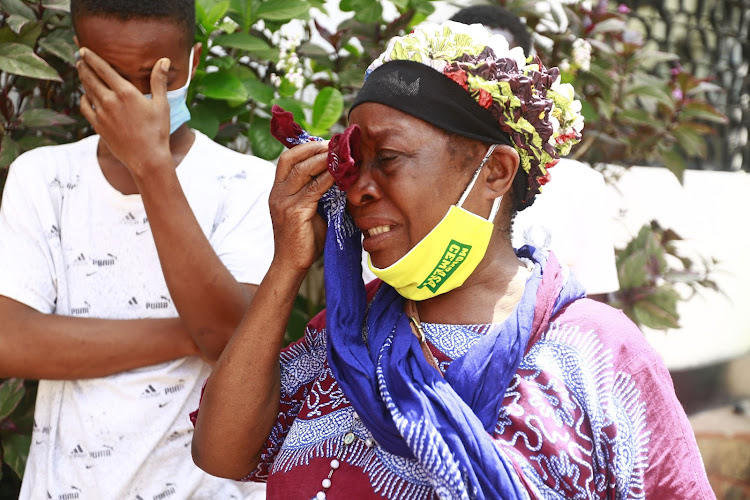 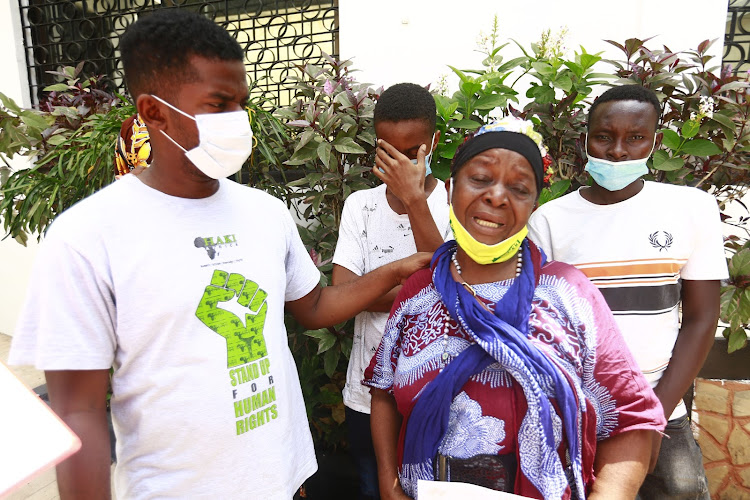