Kenya pays through the nose for borrowing mistakes — Mudavadi

• Mudavadi on Tuesday said Kenya must adopt a frugal approach to borrowing and prioritise development projects. 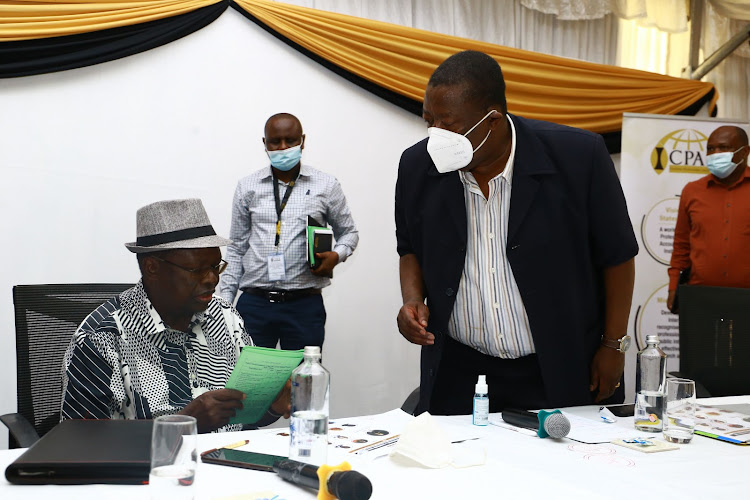 Kenya has made too many development commitments in too short a time and now is paying through the nose for those mistakes, ANC leader Musalia Mudavadi has said.

Mudavadi on Tuesday said Kenya has to adopt a more frugal approach to borrowing and prioritise development projects.

“We have to move away from heavy reliance on commercial borrowing for capital projects,” Mudavadi said at the Institute of Certified Public Accountants of Kenya's annual conference in Mombasa.

Interest rates that financiers of projects slap on the borrowed funds are too heavy, he said.

The MP has sponsored the Public Debt Management Authority Bill that would establish an authority to regulate how the government borrows money, to cushion the public from excessive debt.

These include the Ethics and Anti-Corruption Commission, the Auditor General’s office, the Judiciary, the Directorate of Public Prosecutions, among others.

“Why are we shy of supporting these institutions that matter? They should be adequately funded,” Mudavadi said.

He called on President Uhuru Kenyatta to emulate former Tanzania President John Magufuli (who died recently), who was nicknamed the Bulldozer because of his approach to fighting corruption.

He used to fire those found to be corrupt and those not taking their work seriously.

“His Excellency, the late John Pombe Magufuli, set an example. We also need to bite the bullet and make an example of a few cases and people will be running back to toeing the line,” Mudavadi said.

The ANC leader said many development projects initiated by the Jubilee government have stalled because of misappropriated funds.

“This is because they were not all well-thought-out and people already received commissions upfront. Commitment fees were paid upfront,” the former deputy prime minister said.

He said Kenya needs to take loans whose repayment periods are longer, like 40 years, with interest rates as low as one per cent.

Currently, he said, Kenya takes loans with repayment periods as short as 15 years and interest rates as high as seven per cent.

“God willing, when I get there [the presidency], I can tell you you will see a difference,” he said, talking up his prospects of succeeding President Kenyatta in 2022.

On politics, he said the BBI should not be blamed for the increasing debt, noting Kenya’s debt has been increasing long before the BBI was even mooted.

A number of Certified Public Accountants at the annual conference had expressed concerns that the BBI will increase the wage bill.

“Although the BBI is not the Alpha and Omega of our problems, it should not be blamed for the increased public debt,” Mudavadi said.