• The bowser which had two occupants on board ran over an Improvised Explosive Device-IED believed to have been planted in its way by the militants before exploding at around 7.30 am.

• The attack was confirmed by Lamu county commissioner Irungu Macharia who said troops had been adequately deployed to hunt down the militants. 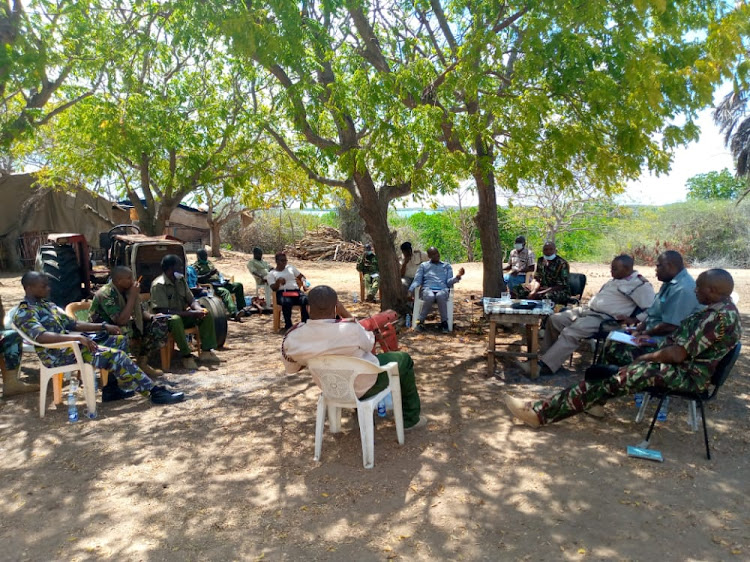 The bowser which had two occupants on board; a driver and his assistant, ran over an Improvised Explosive Device-IED believed to have been planted in its way by the militants before exploding at around 7.30am.

The vehicle had just left the border town of Kiunga in Lamu East and was heading to Usalama Camp, also on the border when it ran over the device.

The attack was confirmed by Lamu county commissioner Irungu Macharia who said troops had been adequately deployed to hunt down the militants.

An urgent security meeting chaired by the county commissioner was quickly convened shortly after at the Usalama camp to look into the safety of the construction workers and other staff at the site.

The commissioner however reiterated that construction works at the border wall hadn’t been hampered by the attack.

He appealed to residents of border villages to surrender any useful information that will enable security agencies to counter any planned terror-attacks in the region.

“The two were part of the team of construction workers here. Unfortunately, the conductor was killed on the spot but the driver escaped unhurt. But we want to assure all that the ground is well policed and therefore no cause for concern,”said Macharia.

Other security reports indicated that the militants also ambushed a convoy of vehicles ferrying construction workers to the Usalama camp killing one person.

A security officer who spoke on condition of anonymity said the militants numbering at least 30 fired randomly at the convoy killing one worker on the spot.

“To my understanding that’s what happened leading to the death of one of the workers at the camp. The militants were heavily armed," he said.

In January 2016, five police officers were killed when a Rapid Deployment Unit-RDU lorry ran over an IED planted by the militants on the Hindi-Kiunga road in Lamu East.

The officers were heading to Usalama camp when the incident happened at Milimani area close to the Boni forest.

The 700-kilometre wall, dubbed the Kenya-Somalia Border Securitization Project, was mooted in 2015 to secure the country from attacks by the Somalia-based Al-Shabaab terrorists.