• However, her return has set tongues wagging, with strategists reading a new formation in Governor Granton Samboja administration.

• The ex-legislator ditched ODM for Jubilee in 2017. She vied for a Senate seat in the last general election but lost to ODM’s Jones Mwaruma. 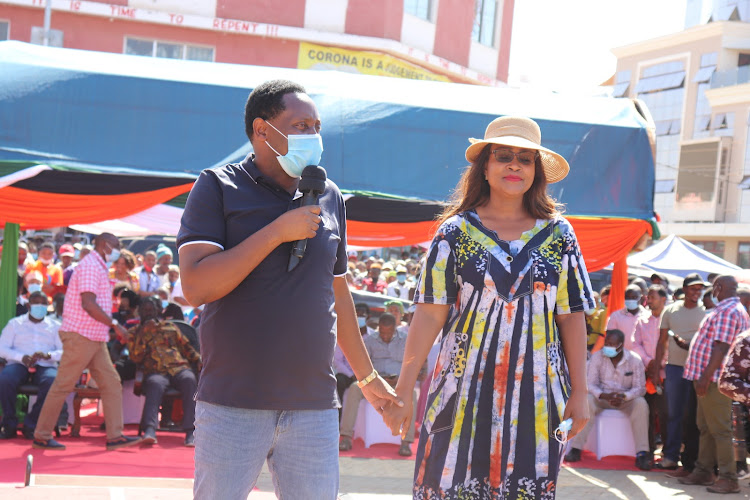 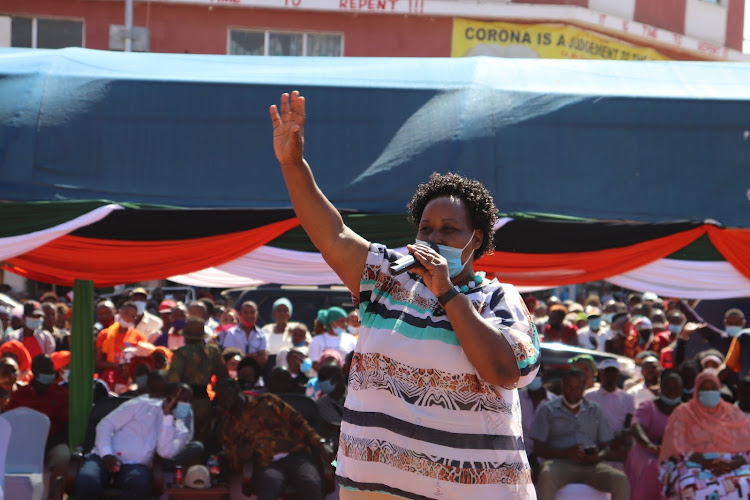 Lay was on Tuesday in the company of other county leaders who hosted ODM boss Raila Odinga for the BBI popularisation rally in Voi.

However, her return has set tongues wagging, with strategists reading a new formation in Governor Granton Samboja administration.

Sources say she is strategically being groomed to deputise Samboja in next year's general election.

Insiders say Samboja has been at loggerheads with his deputy, Majala Mlagui and is set to drop her ahead of the general poll.

“There is no doubt that Samboja will go for a new running mate as a way of redeeming himself. The question has just been about who the deputy shall be. The entry of Lay sends everybody back to the drawing board,” a senior government official told the Star.

The ex-legislator ditched ODM for Jubilee in 2017. She vied for a senate seat in the last general election but lost to ODM’s Jones Mwaruma.

The Najua hitmaker was appointed by President Uhuru Kenyatta as a Trustee in the Water Sector Trust Fund in 2019. She, however, resigned a year later and maintained a low profile. She would later announce her new career as a musician.

During the rally, Lay told residents that she had returned to popularise the BBI Bill and that she shall work closely with Governor Samboja and ODM chief Raila Odinga.

“I shall go to the grassroots level to create awareness on the process of amending the constitution and lead public participation meetings,” she said.

Through the handshake, Lay said she will strongly campaign with the ODM team to make sure the BBI bill is passed in a referendum.

In another BBI rally in Mwatate, she asked Raila not to subject Governor Samboja to party primaries but instead hand him a direct ticket, a move that political analysts say the county boss could vie on an ODM ticket.

Samboja, a newly appointed Jumuiya ya Kaunti za Pwani chairman, has recently found solace in Raila’s Orange camp. He was elected on a Wiper ticket.

Sources in the governor’s office say he is also weighing between Lay and his advisor on gender issues Priscilla Mwangeka for the deputy seat.

Mwangeka, an aggressive women leader has twice vied for the woman representative seat, losing both to Joyce Lay and incumbent Lydia Haika respectively.

She has been instrumental in Samboja’s administration in mobilising and empowering women groups in the county.