Mwakwere back in politics, declares interest in Kwale top seat

It would now be his third time battling for this position since devolution.

•The long-serving former Cabinet minister said this time around his opponents will be surprised, promising a stiff competition.

•Mwakwere, 76, was trounced by the late Boy Juma for senatorial race in 2013 and lost to Mvurya for the gubernatorial position in 2017. 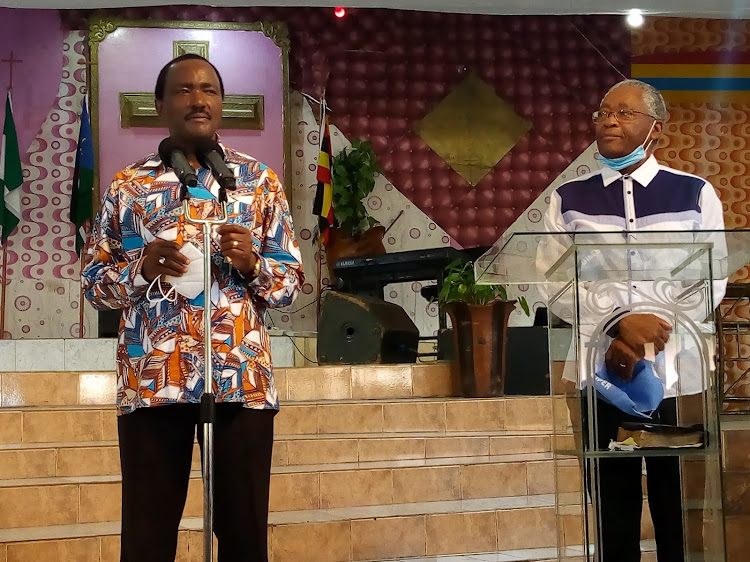 Wiper chairman Chirau Ali Mwakwere is back in politics and has declared interest in the top Kwale county seat in 2022.

His re-emergence will send chills to his former rivals who had once experienced his might in the political battle as the contest for the gubernatorial election is expected to heat up.

The long-serving former Cabinet minister said this time around his opponents will be surprised, promising a stiff competition.

Mwakwere, 76, was trounced by the late Boy Juma in the senatorial race in 2013 and lost to Mvurya for the gubernatorial position in 2017.

It would now be his third time battling for the county’s top seats since devolution.

Mwamlole Mbwana, a voter, filed a petition in court wanting Mvurya’s win to be dismissed alleging the voting was marred by irregularities

Mwakwere decided to take a low political profile after losing the case in court when the Mombasa court ruled in favour of Mvurya.

The case was dismissed after the court termed it as incompetent for failing to meet the required petition rules.

Attempts to dispute the High Court ruling in the Court of Appeal also flopped.

Since that day Mwakwere went underground and silence became his new style of doing politics as he went back to the drawing board.

Speaking on phone, Mwakwere revealed that he opted to keep quiet because silence speaks louder than words.

Mwakwere lost his position as ambassador to Tanzania when he resigned to vie for the governor seat in 2017.

For a while, people thought Mwakwere lost prominence and his political career was over but during the Msambweni by-election campaigns, he surprised many when he returned to politics.

He campaigned for Wiper candidate Shee Abdulrahman Mahmoud who was trounced by Feisal Bader and came third after ODM candidate Omar Boga.

Mwakwere’s appearance in the political arenas revived the dying hope of his supporters who had missed his tough speeches.

The former Minister for Transport and Matuga MP said those who used the concluded Msambweni poll as a test to the 2022 General Election will be in for a rude shock.

He said Bader won through sympathy votes and accused outsiders of interfering with Kwale politics.

“The by-election was totally a different thing. It was hard to defeat a bereaved family and the biggest mistake people made was when they attacked the family using abusive language,” Mwakwere said.

He said in 2022 things will be different because everyone will be busy campaigning for himself and chances of colleagues destroying votes will minimal.

Mwakwere expressed confidence, saying the dynamics of Kwale politics have changed a lot.

He said voters are educated and well conversant with politics.

He said during the Kibaki reign he helped address so many land injustices in the county and his development track can be traced, unlike others.

He said he only looks for power to benefit the locals and not himself as it is the norm for many politicians.