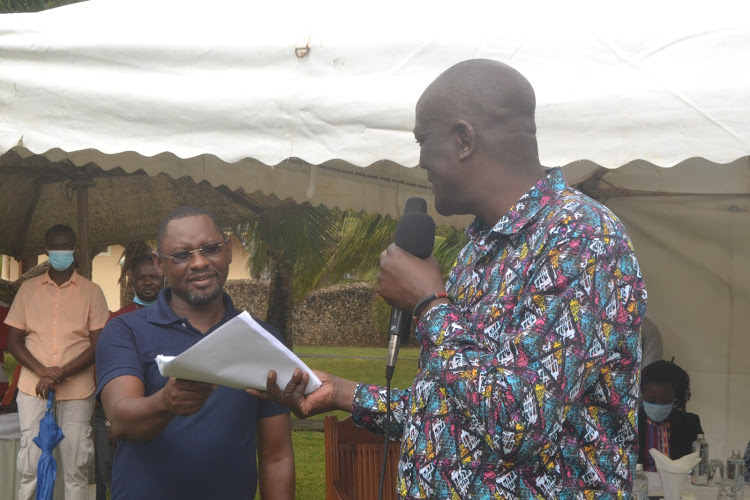 The government has stopped any development on the controversial ADC land in Kilifi county's Sabaki area until investigations being conducted by the EACC are complete.

Lands Chief Administrative Secretary Gideon Mung'aro made the announcement after a meeting with residents. The meeting was organised by area MP Michael Kingi at Ocean Beach resort.

Mung'aro said the move was aimed at giving the investigating agency a chance to complete its work without interference.

The Agricultural Development Corporation comprises 900 acres. There are reports that 470 acres have been shared out among powerful politicians during the Kanu administration of late President Daniel Moi.

Mung'aro  who showed the caveat to the public, said the decision was made under section 76 of Land Registration Act.

He said all the parcels of land which were in the petition filed by the MP have been closed by the Ministry of Lands and no developments will go on until EACC is done with its probe.

Mung'aro said they have agreed with Kilifi Governor Amason Kingi to also stop all construction within the ADC disputed parcels until the matter is concluded.

"All the parcels of land which were mentioned in the petition filed by your MP have been placed on caveat. No one can sell or do any developments on the land until investigations are complete and the process being done to give back the land or the decision by the relevant authorities is made," Mung'aro said.

He said allowing construction works to go on on the land will create more problems.

He said there will be no approval of any building constructions and that the status quo will remain as directed by Parliament until the investigations are complete.

The Magarini MP filed a petition to Parliament in November 2018 seeking that the land to be given back to the community. The MP argued that the land was illegally allocated to powerful individuals.

The committee tabled its report on July 31 last year and the same was forwarded to Magarini MP Michael Kingi.

The committee chaired by Kitui South MP Rachel Nyamai gave EACC 90 days - upon adoption of the report - to conduct investigations with a  view to recovering the parcels.

The committee concluded that locals were defrauded of their land. It asked the National Land Commission to revoke the illegally acquired titles.

The land was subdivided and sold without the approval of ADC. Some of the parcels have already been sold to third parties.

The parliamentary report named former Malindi mayor Fredrick Kazungu Diwani and his brother R.K Diwani as having been allocated five acres at Sh100,000. Former assistant minister Francis Baya and Peris Dama Baya were allocated 10 acres at a cost of Sh200,000.

The late Mathias Keah, a former assistant minister from Kaloleni constituency, got five acres at Sh100,000.

Other Powerful government officials registered using companies associated with them and they bought prime land for as cheap as Sh100,000 per acre.

Sabaki residents have been agitating for the cancellation of ownership documents for the land to have it reverted to the government and be subsequently subdivided and allocated to them.

There have been endless demonstrations and constant arrests of area residents and leaders.

Mung’aro accused former local leaders, among them MPs whom he said were also allocated land within the controversial farm. 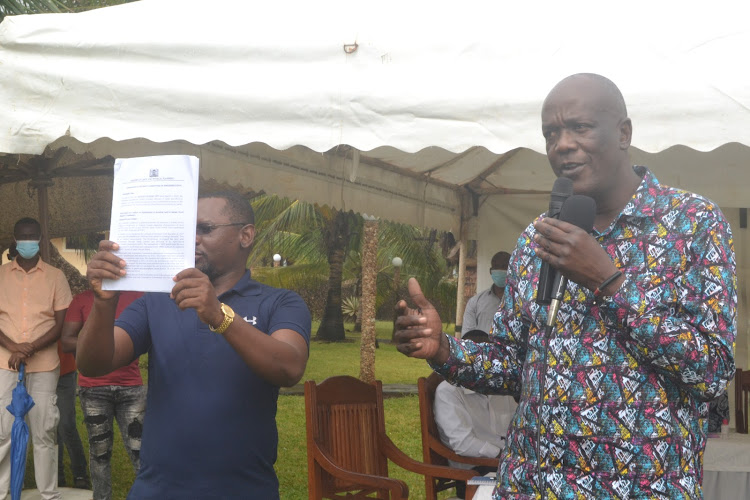