No end in sight in Sh15bn family empire feud, 16 years on

Apart from five siblings, their cousins are also eyeing the over Sh15 billion properties. 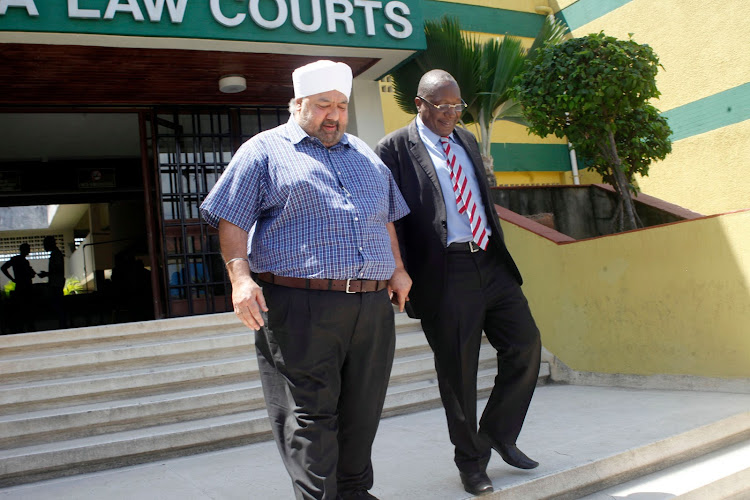 In 2004, a business mogul in the multi-billion civil construction industry died, leaving behind five siblings fighting to control his vast estate.

Before Jaswant Singh Danjal breathed his last, Danjal Brothers Limited was one of the most vibrant companies in civil construction.

He had partnered with his three brothers to create a formidable force behind DBL and several other companies.

Prior to Jaswant’s death, the company had been placed under receivership due to accumulated loans.

In 2004, Southern Credit Banking Corporation Limited revoked the appointment of receiver managers after negotiations with the directors of DBL, led by Daljit, who the court heard, steered the company from its free fall.

Behind the scenes, boardroom wrangles, power struggles to control the vast multi-billion empire and numerous suits have dogged DBL for the past 16 years.

The issues range from claims of poor administration of the estate, non-disclosure of documents, contempt of court and even the unsuccessful winding up of the company.

Daljit, an engineer, was the managing director of DBL prior to his father’s death. He administered the estate courtesy of a settlement agreement dated March 9, 2009.

In the agreement, the properties listed were owned by the four brothers, where the estate of the late Jaswant transferred all its shares, rights and interests to the brothers and vice versa.

A sum of Sh328 million was due to DBL and was pledged as security through a deed of assignment from the Ministry of Local Government.

The deceased - Jaswant - was to pay Sh45 million to the three brothers.

From 2012 to 2019, the audited reports from certified accountants FKP in the Star’s possession show dipping profits and losses amounting to millions, even as the siblings went for years without seeing eye to eye.

FKP, in records presented in court by DBL’s lawyer Francis Kadima during a winding up case filed by Joginder, indicated that in 2016 the turnover decreased from Sh77 million to Sh72 million mainly due to the case, which saw companies being to give large contracts.

Joginder lost the case, as a Sh1.9 billion claim for losses incurred by DBL hangs around his neck.

Joginder in 2018 also sought at the Employment and Labour Relations Court Sh7.2 million in arrears of salary and allowances after he was allegedly removed as a director and operations manager of DBL, but lost.

By 2018, the losses stood at Sh461 million, with total borrowings, according to a report done in 2019, being at over Sh950 million, up from Sh790 million posted the previous year.

Apart from the five siblings, their cousin, Nirmal Singh Dhanjal, also claimed a share of the estate.

Sukhwant and Joginder are the current administrators of the estate, having been appointed on October 31, 2018.

Justice Thande Mugure on July 20 said the court will determine in September Nirmal’s application against the co-administrators. Daljit, Suljit and Jaspal support Nirmal.

Sukhwant, however, wants the court to lift injunctive orders issued on March 10 revoking their grant as administrators.

She said on March 6 that Nirmal’s February 25 case lacked locus standi as he was neither a beneficiary not a dependent.

Nirmal argued that the court was misled by being told the properties are “undisputed” yet they are contested.

“The applicant is a son to my uncle - Dalip Singh Dhanjal - who died on July 15, 2010,” Sukhwant argued through her lawyer Christine Kipsang.

Even as the wrangles escalate, Jaspal who is in the UK, is terminally ill. The court directed that part of her father’s estate be used for her treatment.

Sukhwant says the yearly rental income for 16 years, each Sh12 million totals Sh657 million, arguing that she is entitled to a quarter share of the rental income, which is Sh164 million.

The court will give further directions on October 31 for Daljit’s lawyer, Wanjiku Nduati, to file submissions on the contempt case.

In a replying affidavit by Daljit, filed on February 12, he says he was the administrator appointed through consent by his siblings.

“I executed with consent of my siblings an agreement between me on one part, and the deceased's brothers on the other. It was nullified. I never held any property. My uncles handed over to me three properties in Kwale, Diani-complexes, and I have already handed them over to Joginder’s lawyer Khalid Ahmed,” he argued.

The deceased’s estate was confirmed on 11, June 2019, with Daljit saying by then the administrators had already collected the entire estate for distribution.

“The agreement shows how and to whom the properties changed hands. The administrators have not demonstrated the actions they have taken to collect those properties from the entities they are currently vested,” Daljit said.

He said the two administrators participated in the making of the agreement by executing disclaimers and renunciations in his favour, a claim denied by both Joginder and Sukhwant.

Surjit, in his affidavit, claimed his sister Sukhwant’s actions were "pioneered to pit family members against each other."

Sukwant on August 1st 2018, in support of her application to become the administrator, argued that she was the neutral sibling.

She said lawyer Kadima, who was by then representing Daljit, invited all the siblings to his office, with their lawyers.

“Joginder’s and Jaspal’s lawyers refused to attend. My brothers and I talked as we had not spoken to each other for years,” she said.

Joginder had wanted to remain as administrator because he was appointed by the High Court on August 10, 2018.

“He was proposing that I withdraw my application to be appointed administrator. I informed him that the other brothers, were supporting me and against him and offered to help him make amends on both camps - Daljit and Surjit on one side and Joginder and Jaspal on the other,” she added.

She claimed her brothers had been "helping themselves to salaries, phone costs, health and insurance costs, first class travels and luxurious holiday destinations, prime properties, top-end cars, luxuries" at the expense of her sister Jaspal and herself.

“Joginder had been involved in decisions in the past and it was only when he and Daljit had their differences that he decided to take action against him. I believe he is not fit to administer our father’s estate as he also benefited from the administration, and suffers from multiple medical and physical ailments including having a heart bypass,” she said.