Woman's father says he had never met alleged husband; her siblings appear to know the man.

• In court documents, James Orwaro claims he was Dorothy Murichwa’s husband and had paid Sh80,000 as bride price.

• But Mwamuye said no man had come to ask his daughter's hand in marriage. 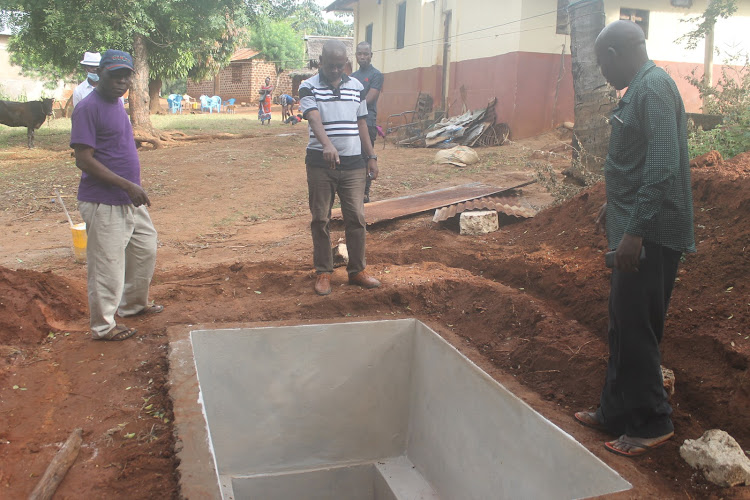 A Kilifi family was forced to put a banana stem in the concrete grave they had prepared for their daughter after an alleged husband claimed her body.

In the court documents, James Orwaro claims he was Murichwa’s husband and had paid Sh80,000 as bride price.

But Mwamuye said no man had come to ask his daughter's hand in marriage. The woman's siblings, however, knew and had met the man.

On Sunday he told journalists that his family had planned to inter Murichwa’s remains last Saturday but postponed the function on receiving the orders.

The banana stem now occupies the grave as tradition does not allow it to remain empty. A grave left empty can attract another death to the family.

“My daughter has never been married since no man has ever come and asked for her hand in marriage. I was surprised when the court documents claimed my daughter had a husband,” he said at his home.

The court order restrained Mwamuye and his family from removing Murichwa’s body from the mortuary for burial until a case Orwaro filed is heard and determined. A hearing was scheduled on Monday, July 13.

Murichwa’s mother, Eunice Mwamuye, told reporters that she learnt about Orwaro on Friday when police arrived at her homestead with the court order.

“A man I only knew about on Friday wants to bury my daughter’s body! What a cruel world this is,” she said.

They said he had sired a child with Murichwa although no bride price had been paid.

“My sister suffered a lot in the hands of Orwaro forcing her to run away with her three children, one of whom she got with Orwaro,” Mbeyu said.

She challenged Orwaro to provide proof that he paid Sh80,000 as bride price.

Murichwa’s elder brother, Edward Mwamuye said the family will put a spirited defence to clear it from the allegations that they received bride price.

“According to our custom dowry cannot be paid to parents without the involvement of village elders and families from both parties and in this case, none of this happened. I personally met him when we went to rescue our sister from him,” he added.

Another brother, Evans Mwamuye, said that Orwaro was only after property left behind by her sister.

“We only know Orwaro as a former friend to our sister because theirs was a come-we-stay arrangement with no legal basis,” he said.

He said, “When I first met Orwaro, he introduced himself as a General Service Unit officer, a claim we later discovered to be false,” he said.