NCIC says dispute should be solved through dialogue.

• NCIC commissioner Dorcas Kedogo said the dispute over administrative boundaries should be solved through dialogue to avert further tensions.

• Peace will open up border towns of Mtito Andei and Mackinnon Road Township in Makueni and Kwale counties respectively, she said. 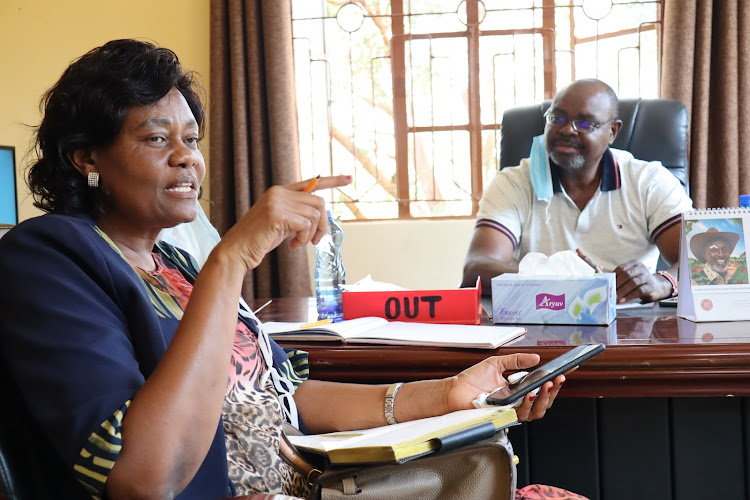 The National Cohesion and Integration Commission will engage the land agency to help Taita Taveta county and her neighbours solve boundary disputes.

NCIC commissioner Dorcas Kedogo said the dispute over administrative boundaries should be solved through dialogue to avert further tensions.

“The National Land Commission is mandated to give clear details on boundaries. Leaders from both counties should respect whatever verdict that NLC gives and ensure there is coexistence between communities in the border areas,” Kedogo said.

Kedogo said solving the disagreement will open up the border towns of Mtito Andei and Mackinnon Road Township in Makueni and Kwale counties respectively. She spoke during a meeting in Voi with area MP Jones Mlolwa.

The commissioner asked leaders to seek an audience with the Lands Cabinet Secretary Farida Karoney over the dispute. She promised that the commission will work with other government agencies to fast-track the dispute resolution process.

The NCIC is in the county to seek views and opinions from various groups and leaders in Voi regarding conflict resolution and integration.

Mlolwa asked the NCIC to intervene and ensure that victims of land injustice and human-wildlife conflict get justice. He noted that hundreds of residents attacked by wildlife had not been compensated.

The MP also pushed for a share of revenue collected from the expansive game parks.

“Land is an emotive issue within this area since 62 per cent of the county's land falls under the Tsavo national parks. We need to get a share of revenues collected to benefit from our natural resources,” Mlolwa said.

Mlolwa said that the commission should also look into how residents can benefit from mining since they are living in extreme poverty despite sitting on tonnes of precious stones.