COMBATING CORONA AT THE COAST

CHRJ says Mombasa needs a total lockdown due to reckless behaviour of residents.

• Mombasa is fast becoming the epicentre of the virus with infections jumping to over 60.

• It is only second to Nairobi county which has the highest number of confirmed Covid-19 cases in Kenya. 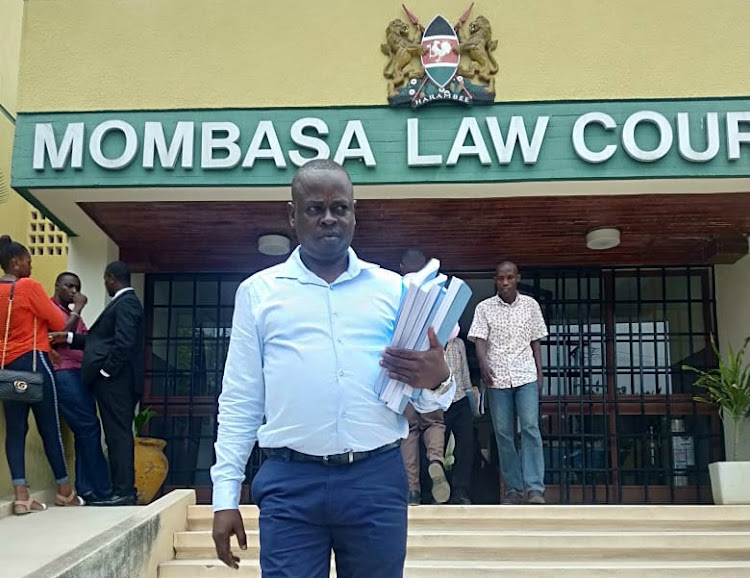 A human rights lobby group in Mombasa has called for a total lockdown of Mombasa County saying the anti-coronavirus mitigation measures are being flouted by residents.

The Commission for Human Rights and Justice has joined calls by Governor Hassan Joho who has been a vocal advocate of the total lockdown.

On Tuesday, CHRJ executive director Julius Ogogoh told the Star Mombasa is fast becoming the epicentre of the virus with infections jumping to over 60.

It is only second to Nairobi county which has the highest number of confirmed Covid-19 cases in Kenya..

The country has 296 confirmed cases.

Ogogoh said the behaviour of residents and, sadly, some political leaders, is discouraging.

“If the security agencies do not enforce these mitigating measures to stop the spread of Covid-19, I’m afraid there is likely to be an explosion of the virus in Mombasa which we will live to regret,” he said.

This comes a day after Joho and county commissioner Gilbert Kitiyo reprimanded Mombasa residents saying they are flouting all measures put in place to try and stop the spread of the coronavirus.

"I am surprised. We still see boda bodas carrying four people and do not wear face masks. What more do you want to hear?" said Joho.

He called for tougher action from police, saying it may be the only way left.

"If you insist on wandering about, we will have to find a way to deal with you," said Joho.

Kitiyo said they will scale up enforcement of the rules.

The two spoke at the Kipevu ICD when they flagged off the distribution of food to vulnerable Mombasa families in the Mombasa Food Relief Program.

On Tuesday, Ogogoh called for a probe into the burial of a religious leader who died of Covid-19 at Kibokoni (Old Town) and was buried at a cemetery at Mwembe Tayari with over 30 people attending the burial.

According to Ogogoh, the body of the deceased was washed in the traditional Muslim customary rites with disregard to all set Covid-19 rules.

“Two of the public health officers who were involved in the burial are now quarantined at Mombasa Beach Hotel.

“A senior politician in Mombasa, who also handled the body had to call a doctor to their house take samples from them for testing,” said Ogogoh.

At Shanzu roadblock, only matatus are being barred from crossing into and out of Kilifi county, according to Ogogoh.

“Most saloon cars are allowed to pass. I have witnessed this myself,” Ogogoh said.

Joho on Monday said residents are using panya routes to sneak in and out of Mombasa county.

“I fail to understand why people do not understand that this disease is real and it kills. It is out our doorsteps knocking and we are busy opening for it to come in,” said Joho.

The governor continued his crusade for a lockdown saying most measures being put in place by the Mombasa Covid-19 Emergency Response Committee are geared towards ensuring people stay at home.

"The situation is very difficult. We have now reached the stage which we call community transmission. This means we are transmitting the disease ourselves. Let us be each other's keeper," he noted.

Joho added: “If we stop moving, the virus will stop spreading.”

Ogogoh also called for the total ban of miraa and muguka chewing in Mombasa.

The county has banned the importation of miraa from other counties but, surprisingly, the herbs are still being supplied and consumed.

“They are sanitizing the herbs before they chew it. They are literally consuming dangerous chemicals in the name of keeping healthy,” said Ogogoh.

“The ignorance of the chewers will destroy them. The chewers also share sodas and cigarettes thus exposing themselves to the disease. They are spreading this thing."

Mombasa county has reported 37 cases so far.
Counties
2 years ago

Seven employees have been confirmed positive for coronavirus.
News
2 years ago