• This means that no government or private vehicle will be allowed to exit or enter the county, unless with express authorisation from the county secretary and head of public service in cases of emergency. 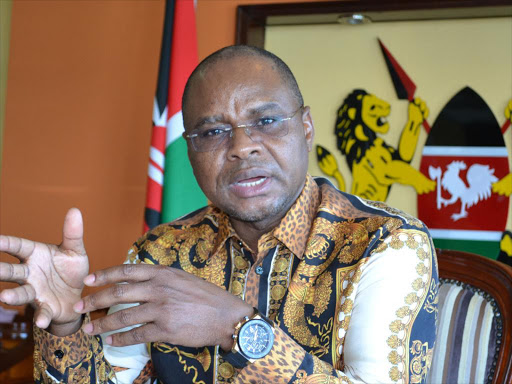 Kilifi county has closed its borders in the latest move to curb the spread of Covid-19.

Consequently, all special passes issued to government employees and other essential providers have been withdrawn.

This means that no government or private vehicle will be allowed to exit or enter the county, unless with express authorisation from the county secretary and head of public service in cases of emergency.

In a letter to Kilifi county commissioner Magu Mutindika, dated April 20, the county secretary and head of public service, Mkare Jefwa, said the borders will close from Tuesday evening until further notice.

President Uhuru Kenyatta had on April 6 announced a cessation of movement into and out of the three Coastal counties of Mombasa, Kilifi and Kwale for three weeks. The counties had been grouped as a cluster.

There was also cessation of movement into and out of the Nairobi Metropolitan area.

Jefwa gave security agencies the liberty and authority to seize all county vehicles with no approvals from him, at any entry and exit points and panya routes.

“When found in misuse within the county jurisdiction, the incident should be reported to the county for further action,” Jefwa said.

There have been cases of individuals using panya routes to access other counties. Some residents work in Kilifi but live in Mombasa, and vice versa.

All county staff residing outside the county have effectively been locked out from Kilifi.

“Protect the county populace by strictly denying the would be intruders in our county for ease and intended purpose of the lockdown,” the letter said.

The county government has further directed that all those in violation will be taken to quarantine units through the county department of health service.

“We wish to appreciate the concerted efforts of our government especially the security organs towards mitigating the spread of Covid-19. There are obvious challenges of the spreading trends around our borders and its environs, whilst ours has relatively and considerably remained calm at least for the moment,” the letter noted.

Kilifi county has in the past few weeks ordered a shutdown of all factories and industries in the region, with services including tuk tuks, being limited.