Some 12,000 people directly employed in the industry at the Coast to lose their jobs.

• PrideInn Paradise has received 100 per cent cancellations of April and May bookings. 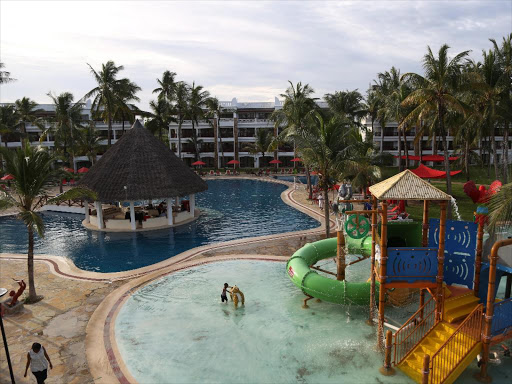 At least 12,000 workers directly employed in the hotel industry at the Coast will lose their jobs as the Covid-19 threat intensifies.

So far, at least 10 hotels have already closed. Leopard Beach Hotel in Diani, South Coast and Pride-Inn Paradise in Shanzu, Mombasa, which are five-star facilities, have sent their employees home.

PrideInn Paradise and Flamingo are sister hotels and have a combined workforce of about 500 employees, whereas Leopard Beach Hotel has a workforce of 300 people.

"We are closing our two facilities: PrideInn Paradise and Flamingo. We have sent all the staff on paid leave. We’ve not sacked anyone," said Hasnain Noorani, the managing director of Pride Inn Group of Hotels.

In a press conference at the PrideInn Paradise, Noorani said they had received 100 per cent cancellations of the events booked in April and May, hence they had been forced to halt operations.

"We still have bookings for May and the rest of the year, people are very optimistic that things will change and we’ll bounce back," Noorani said.

Many facilities will fall into the same fate of PrideInn group, according to Sam Ikwaye, the Executive Director of the Kenya Association of Hotelkeepers and Caterers.

Ikwaye said the national government must come to the rescue of the facilities.

"These facilities must be put to better use. Now that we do not have guests in the hotels, the government should contract hotel owners to change the facilities into isolation centres,” he said.

He said most private hospitals are built in the model of hotels; therefore, hotels can be transformed into isolation centres and doctors and nurses deployed to look after the patients.

In Kilifi, Lamu and Taita counties, which also depend highly on tourism, hotels are slowly shutting. Malindi and Watamu resort towns, which are part of the larger Kilifi county, have seen hotel facilities remain with only security guards and skeleton managerial staff.

These two towns depend on the Italian market, which is among the countries worst hit by Covid-19.

In Taita Taveta, the Voi Wildlife Lodge closed a section of the hotel and its restaurant last week and sent its 16 staff members into self-quarantine after they came into contact with a French tourist who tested positive for the virus in Kwale.

Another hotel, Voyager in Taveta town, has been closed.

“Due to the recent development regarding the Covid-19 outbreak, as a precautionary measure, we will be closed from April 1, 2020, until further notice,” it said in a statement, adding that while this has been a hard decision, it is one that had to be taken.

In Lamu town, all major hotels have closed. Rwanda Air, Ethiopian Airline booking offices in Mombasa town have also been forced to shut.

Mwavula has taken his family back to his rural home, as the situation is no longer predictable.

“I have seen the tourism industry being shaken by terror attacks, the kidnapping of tourists, post-election violence and hot political temperatures, but we’ve never been forced to shut operations. Covid-19 is really serious,” he said.

Mwavula said that previously when they had challenges in the sector, domestic and regional tourists would cushion them and keep the industry afloat.

“However, with Covid-19, everything has crumbled. No international tourists or regional tourists, and neither [do we have] local ones. To make the matters worse, in every cancellation, you have to refund the money paid,” he said.

Venant Ndambo, the managing director of Keron Tours and Safaris, said they have been forced to cancel bookings of at least 50 international guests who were to come for Easter Holidays. They were to be in the country for one week.

“With the coronavirus now spreading like a bushfire in the country, we cannot even rely on the local tourists, who have always been our backup plan. The future of tourism industry is bleak,” he said.