Coast curfew to start at 8.30pm after chaos at crossing channel

• He said residents need help, not oppression, after the melee that left at least 30 people injured.

Chaos witnessed at the Likoni crossing channel on Friday forced security officers to extend the start of the curfew by an hour and a half in the whole region.

Regional police commander Rashid Yakub on Friday evening said though the chaos is regrettable, Kenyans have to learn to listen to and obey directives issued by the government.

“We have extended the start of the curfew to 8.30pm. This is to allow those crossing to the Likoni mainland to cross and get home,” Yakub said.

This comes as Mombasa Governor Hassan Joho condemned the police for their actions.

“That was so unfair,” an emotional Joho told Citizen TV via phone.

The government should understand Likoni residents need help and not oppression, he said.

He said the government should talk to employers in Mombasa to release staff early so they get home by 7pm when the normal dusk-to-dawn curfew starts.

The governor has been advocating for a complete lockdown saying it is the best way to defeat the Covid-19. 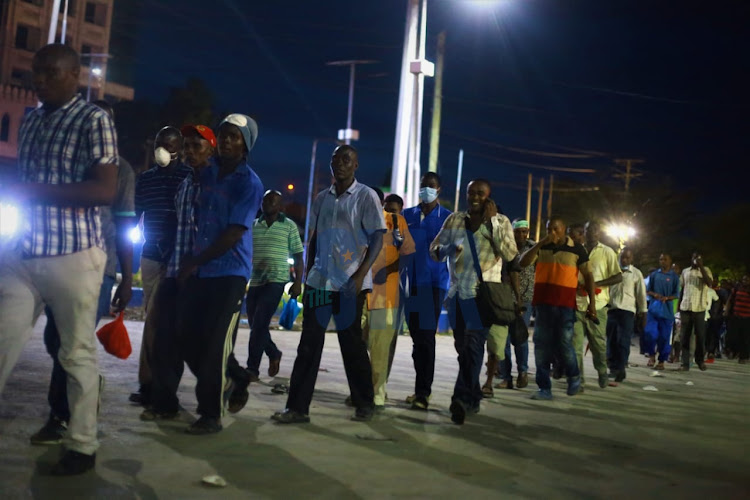 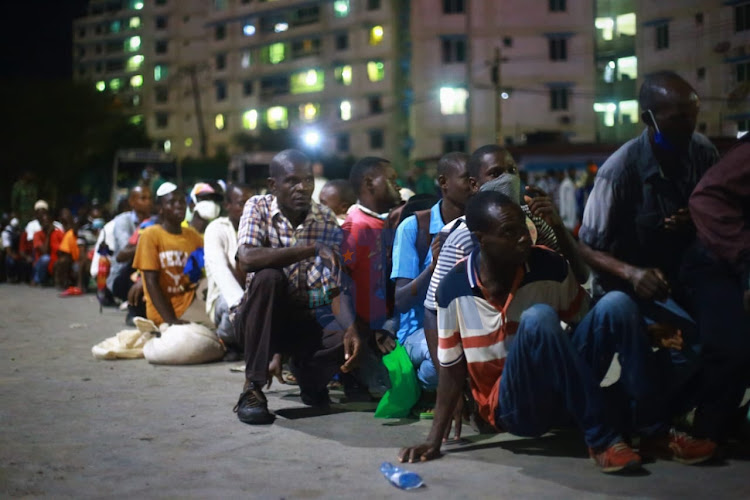 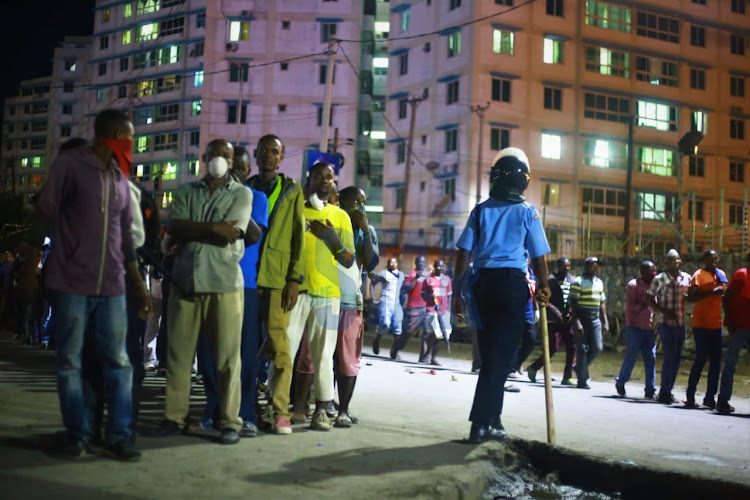 Joho, in the phone interview with Citizen TV, said efforts should be made to provide residents with food. He continued his crusade to have a total lockdown.

“It is how China has been able to overcome this disease. A total shutdown, painful as it might be."

On Thursday, Joho announced that his government has set aside Sh200 million to buy food for more than 227,000 residents.

He called on other players to contribute to the kitty whose target he said is Sh700 million.

Businessman Suleiman Shahbal has supported Joho’s idea and pledged to chip in.

“Many people have called for a complete lockdown. It is very easy to say this. But we have to recognise that there are some people who need to work daily to make their daily bread. Governor Joho recognises this and has launched a food programme for the disadvantaged people,” Shahbal said.

He said it is the leaders’ responsibility to try and help the at least 227,000 households put food on the table.

“The national government and private sector have to chip in and contribute to this noble programme. We will not allow anybody in Mombasa to starve as long as we can help."

He said he will, through his business ventures, lead in the contribution.

On Friday, chaotic scenes were witnessed at the crossing channel from as early as 4.30pm.

Commuters queuing to board the ferry became impatient and broke the lines they were in prompting GSU officers manning the queues to react and try to contain the crowds, which were now surging forward to forcefully board the ferries.

All this while, measures to prevent the spread of coronavirus were not being observed.

At least 30 people were injured in the melee with journalists falling prey to rogue GSU officers who did not want to be filmed clobbering and kicking citizens.

Coast regional coordinator John Elungata said the measures taken by the government are for the good of Kenyans.

He, however, regretted the assault on NTV cameraman Peter Wainaina.

“I haven’t heard about the journalist’s case and I am sorry if it happened. We are doing all these for the good of the residents,” Elungata said.

“We are fighting the virus, not residents. At the ferry, we have given some extra time for all of them to be able to cross on time."

By 8pm, the crossing channel was still crowded.

Wainaina was assaulted by a GSU officer who fell short of destroying his camera on tape.

“I was just doing my work when a group of the GSU officers came at me saying I should not film them,” the journalist said.

He was butted in the back of the head and kicked on his behind.