'The tourist arrived in the country on March 9, and spend two nights in different lodges in Taita Taveta on March 12 and 13 before moving to Kwale county' 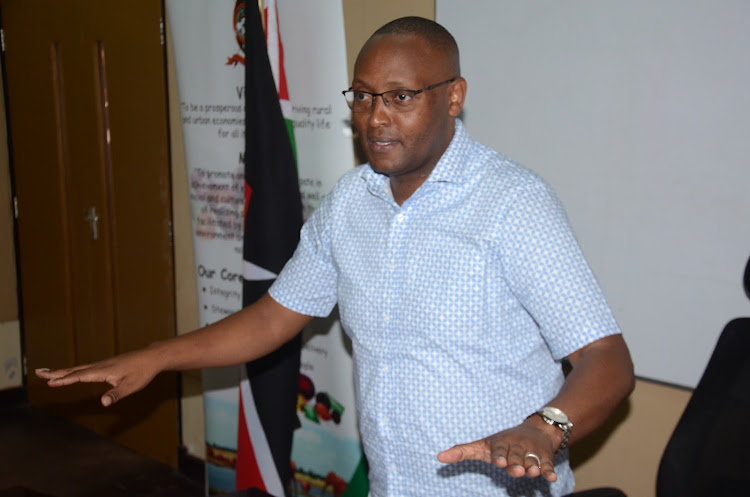 The Taita Taveta County Disease Surveillance team was on Wednesday tracing people suspected to have come into contact with patients of coronavirus.

Those being traced are suspected to have come into contact with a French tourist who was tested positive of the Covid-19.

Governor Granton Samboja said the tourist visited the county on Sunday before proceeding to Kwale.

The foreigner is among eight new cases that were announced by Health CS Mutahi Kagwe on Sunday.

"The new Covid-19 cases include a French tourist who spent two nights in the county. The tourist arrived in the country on March 9, and spend two nights in different lodges in Taita Taveta on March 12 and 13 before moving to Kwale county," Samboja said in a statement.

Samboja said 16 people had already been traced and quarantined in different areas where they were being monitored closely by a multi-agency team.

He said the government was on high alert to combat the spread of the global pandemic.

A suspected case in Taveta on Sunday turned negative bringing an end to panic in the border town.

"I urge all residents to support the initiatives being taken by both the national and the county government in the fight against the spread of Covid-19," Samboja said.

The county's coronavirus rapid response team has started a countywide campaign aimed at creating awareness in the grassroots about the virus.

"We are keen on ensuring everyone observes government directives. If we all cooperate, we shall overcome the disease," Mwakima said.

He said residents have highly complied with the directive to regularly wash their hands using running water and soap.

They were all isolated and later released on police bond.