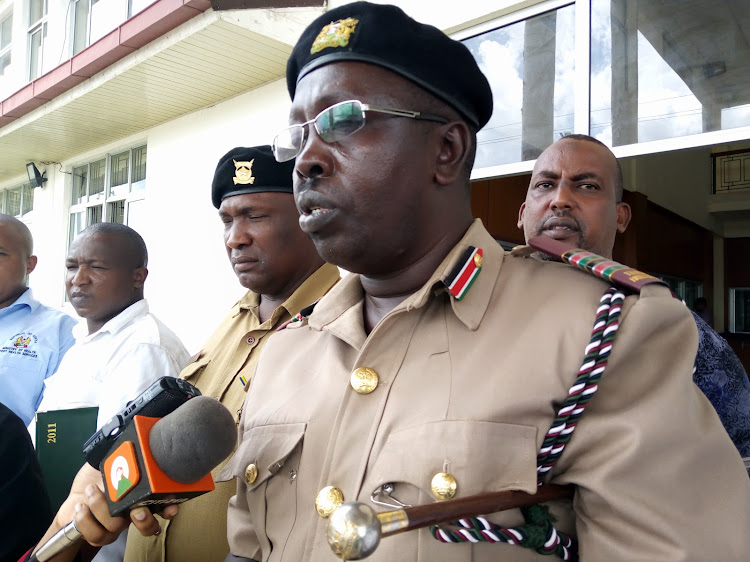 At least five Chinese constructors have been put under forced self-quarantine and one intercepted trying to sneak in through the Tanzania border in Kwale.

Three Chinese from Kanana and two from Jego construction sites were ordered to observe 14 days of self-quarantine after arriving in Kenya two weeks ago from China.

Lunga Lunga Deputy county commissioner Josphat Biwott said it was important to isolate the Chinese in efforts to fight spread of Covid-19.

Biwott spoke on Thursday in an interview in Kwale.

He said the government had outlined strict monitoring rules to ensure the foreigners are under 24-hour surveillance.

"We have maximised our observance and close monitoring of the quarantined Chinese to see that they abide by the rules," he said.

The Chinese was immediately apprehended after a tip-off from residents.

The administrator said the residents' patriotism had protected many Kenyans at during this time of coronavirus outbreak.

At the border point movement has been limited and only a few passenger buses are allowed.

The DCC said a lot of sensitisation had been done all the way from Jasini, Kilamangodo and Mwereni and everyone was vigilant.

"Nobody can pass the border check units without our knowledge because we have spread the word about this virus and people are cooperating, " he said.

Biwott said standard operating procedures are in place and one of them was health screening.

"We have designated areas where we will isolate and evacuate individuals showing any symptoms," Murage said.