TRAPPED IN THE MIDDLE EAST

• Unionist says many are bogus and only take advantage of the millions of Kenyan youths’ desperation for jobs to mint millions of shillings out of them.

• Rights group official says Immigration department should come up with stricter rules for those travelling to the Middle East. 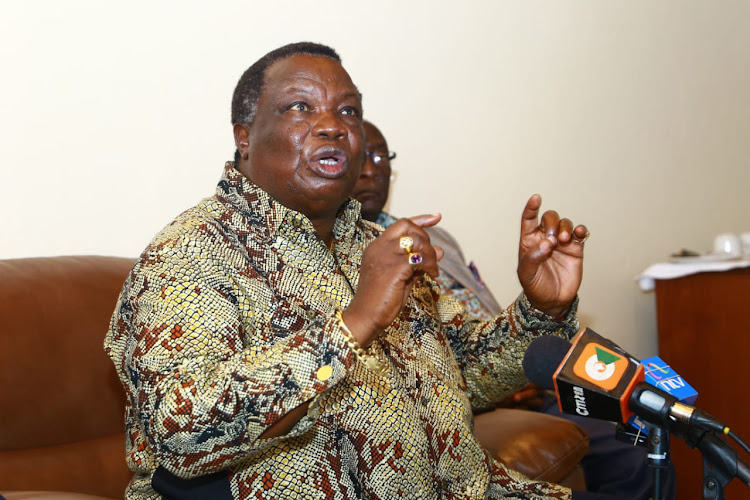 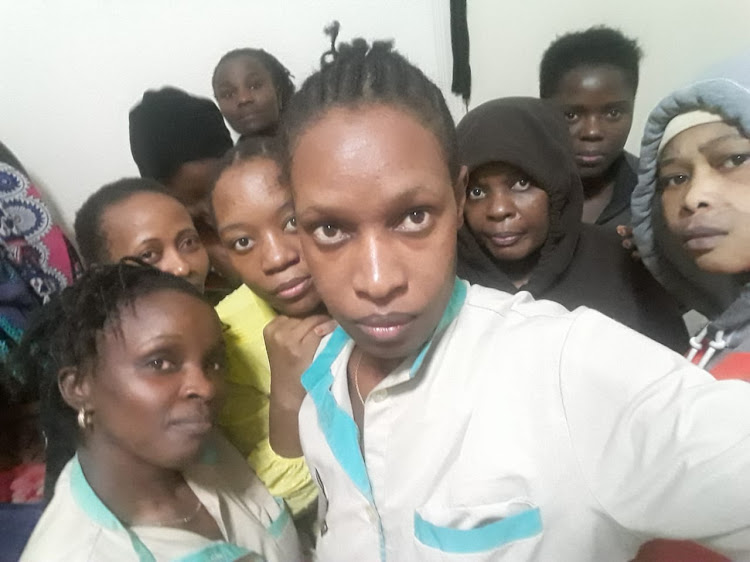 Cotu boss Francis Atwoli has called for the banning of recruitment agencies that subject Kenyans to slavery in the Middle East.

Atwoli said Labour CS Simon Chelugui to initiate legislation that will outlaw the recruitment agencies, many of which are bogus and only take advantage of the millions of Kenyan youths’ desperation for jobs to mint millions of shillings out of them.

“I would advise CS Chelugui to outlaw these employment agencies. All foreign employment issues should be handled by the Labour Department under strict laws that guide the processes,” Atwoli said.

He spoke in Mombasa on the sidelines of a National Labour Board meeting at Travelers Beach Hotel.

Former Nominated Senator Emma Mbura has become "suicidal" after being frustrated by the many stories coming from the Middle East of Kenyans being tortured, maimed or even killed by their employers.

“If the government does not take action, I will feel like a failure. I tried my best while in Parliament and even did a petition. All the people in Saudia call me trusting that I will help them. But after all my efforts, nothing is being done. Maybe if I sacrifice myself, something will happen. I will one day commit suicide,” Mbura on Friday said.

She welcomed Atwoli’s suggestion saying the government will take more responsibility if it is them organising Kenyans’ travel to and securing employment in the Middle East.

“Let it be a government body that secures employment for Kenyans in the Middle East,” Mbura said.

Atwoli said most of the recruitment agencies in the country are owned by senior people in government and operate with impunity.

He said Kenya is not a poor country and can create enough employment for the youth if it takes matters more seriously and fights corruption to the end.

The Cotu boss said the government should focus on the informal sector which he says is the biggest employer of youth.

“Revive industries like the way our President wants to revive the textile industry so we can create jobs for the youth. Many industries need revival,” Atwoli said.

He said the Middle East is practising neo-slavery with Kenyan immigrants.

“Many places in the Middle East lace their shisha with sexual drugs and force Kenyans to partake it. Later, they do all manner of things to them,” the unionist said.

Muslims for Human Rights rapid response officer Francis Auma on Friday said the Immigration department ought to come up with stricter rules for those travelling to the Middle East.

He said the government has the ability to streamline the sector but is reluctant because senior officers in government have opened up recruitment agencies, echoing Atwoli’s sentiments.

“Travel to the Middle East for domestic workers had been banned. These cases ceased to be heard. But then the ban was lifted and the cases re-emerged. Somebody must have felt the pinch of the ban,” Auma said.

The government, in their bilateral agreement with the Middle East countries, had suggested training for those going to work in the Middle East so that they know their rights before departing the country.

Nothing has happened so far.

Matiang’i ordered the deportation of four Chinese involved in the incident.

On Friday, Atwoli said the four are criminals who would never do what they did in their own country.

“I have been travelling to China for 30 years now and what these Chinese do in Kenya, they will never do in their country,” the Cotu boss said.

He said he has known and worked with Chinese president Xi Jinping even before he ascended to power and that he has always loved workers.

“It is workers who propelled him to power. He would never mistreat them,” Atwoli said.

He said Kenyans should cane any foreigner who mistreats any Kenyan in Kenya.

“Instead of taking videos, the first thing is to cane that foreigner. We are Cotu, we will provide a lawyer for you."

He said the most foreigners in Kenya, especially the Chinese, don’t pay well, overwork Kenyans and are now beating Kenyan workers.

“Even if you are weak, get hold that their leg and wrestle them down. They can’t beat you just like that. Bite them even,” Atwoli advised.