• Of the 59 reported cases, 43 were by police or suspected to have been done by police, 11 were criminal gangs and five were by the mob.

• However, she said their 2018 report differs slightly with that of Haki Africa, having recorded 39 deaths assigned in one form or the other to police action, compared to Haki Africa’s 29. 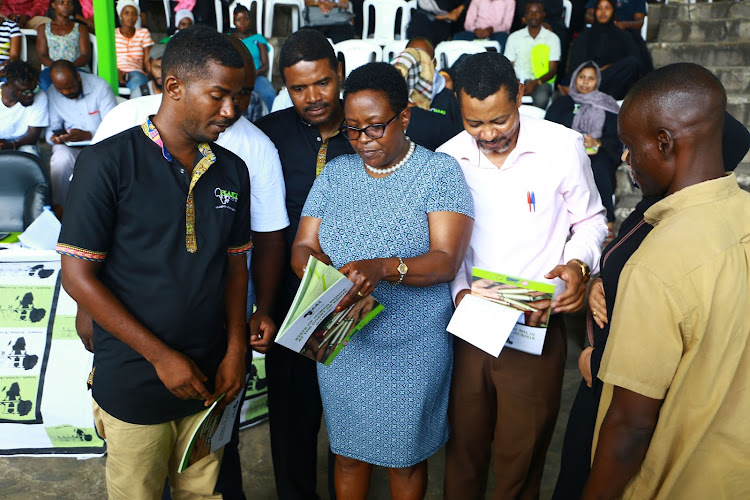 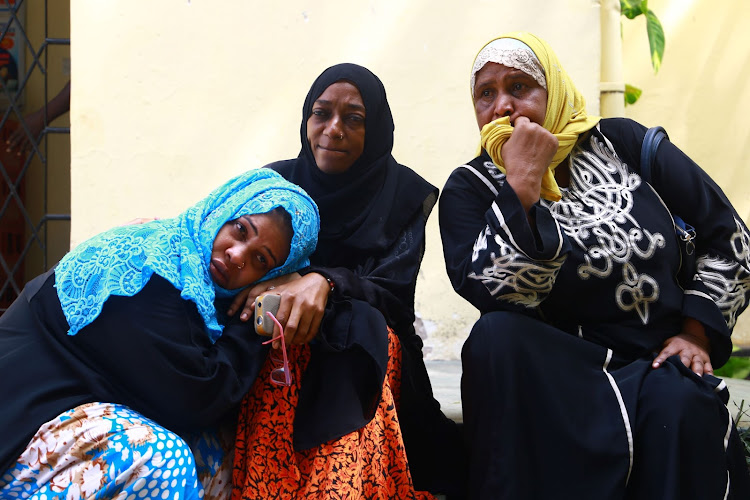 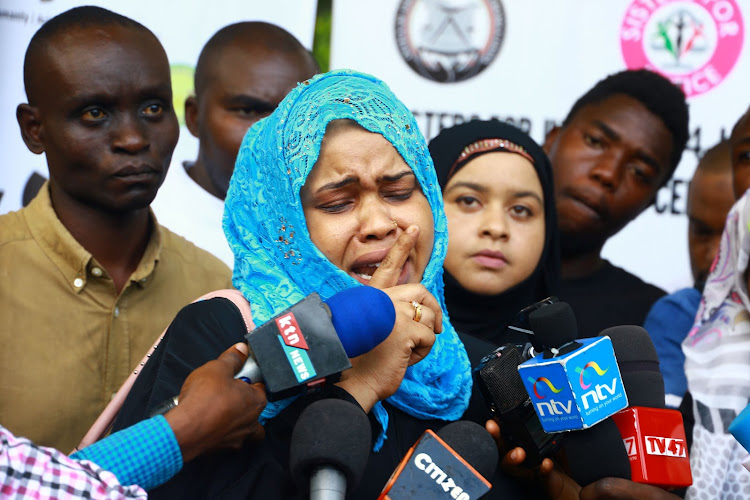 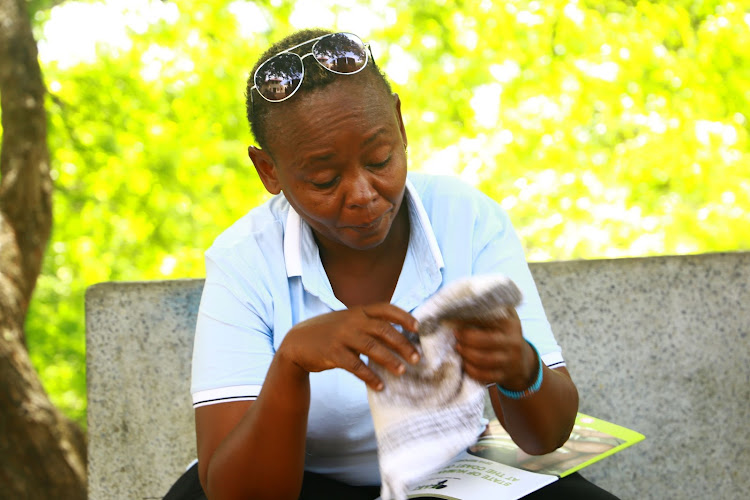 Fatma Luhai cannot hold back tears as she narrates how police shot at his brother so many times that seven bullets went into his stomach, chest, legs and shoulder.

“I remember like it was yesterday,” a Fatma said on Thursday in Mombasa. It was a year since her brother was killed.

Shee Adoli was only 28 years old when he was killed by plain-clothed police at Barsheba market in Mombasa on January 29, last year.

According to Fatma, Shee had been feuding with his elder brother Yusuf Hassan over a house belonging to their grandmother in Barsheba.

“Yusuf wanted to bring in agents to sell the house but Shee did not want it sold. We tried intervening in the matter and asked Shee to let Yusuf sell it to avoid trouble,” she said.

On the day he was killed, Shee and Yusuf were at it again in the disputed house.

Fatma and two other brothers convinced Shee to leave the house and go to her house.

However, he sneaked out later and returned to confront Yusuf in the disputed house.

Unknown to him, Yusuf had already called in the police. When he arrived, the plain-clothed police open fire.

“They should have at least arrested him and found out the cause of the dispute instead of arbitrarily shooting him,” Fatma said.

Shee's was one of 43 extrajudicial killings by police in 2019, according to a report released by Haki Africa.

Other social justice organisations including Sisters For Justice, Haki Na Usawa Organization and Institute for Land, Governance and Human Rights collaborated in the report.

The report dubbed ‘State of Human Rights at the Coast of Kenya 2019’ covered the period between January to December last year.

It states that more people were killed or suspected to have been killed by police at the Coast in 2019 than in 2018.

The report states that extra-judicial killings in the region rose by 48 per cent in 2019 compared to in 2018.

“There were at least 43 killings by police or suspected to have been committed by the police in 2019 compared to 29 that were reported in 2018,” the report states.

In total, there were 59 reported killings at the Coast, five more than those reported in 2018.

Of the 59 reported cases, 43 were by police or suspected to have been done by police, 11 were criminal gangs and five were by the mob.

The number of killings by the mob also reduced to five in 2019 from the nine reported in 2018.

However, the number of cases of forced disappearance reported in 2019 was two higher (11) than that in 2018 which had nine.

“Besides the police, other security agencies including the Kenya Wildlife Service (KWS) have now also been accused of engaging in enforced disappearances,” read the report in part.

At least 37 cases of torture were reported to Haki Africa and partner justice centres in 2019.

The torture was caused by different state agencies and authorities like the Kenya Navy, Administration Police and Immigration Department, according to the report.

At the release of the report at Swahilipot Centre in Mombasa, Independent Police Oversight Authority chair Makori said they have been working well with the civil society to ensure victims of police action get justice.

She said they have been more active at the Coast than in any other region in the country.

However, she said their 2018 report differs slightly with that of Haki Africa, having recorded 39 deaths assigned in one form or the other to police action, compared to Haki Africa’s 29.

“In 2019, our records indicate a decline to 30 deaths and 14 shootings, not necessarily deaths,” Makori said.

She said the number of disappearances recorded by IPOA in 2018 was six compared to Haki Africa’s nine.

“In 2019, IPOA has four disappearances recorded. As IPOA, we cannot say disappearances are necessarily assigned to police. There are various reasons why people disappear,” she said.

She, however, said there was an increase in reporting of police actions in 2019 compared to 2018 indicating that people are now more aware of the IPOA and its mandate.

It is a good indicator that Kenyans are now coming out to report cases and expect justice, he said.

“We encourage more. When cases increase generally, it means Kenyans have more confidence in delivery of service in IPOA,” she said.

Winnie Kilonzi said her younger brother, Jacob Kilonzi, 43, a matatu tout, was killed by what police said was a stray bullet in Mikindani, Mombasa on April 30, last year.

“What was the crime in filling matatus with passengers? They said it was a stray bullet. Later they told us he had been involved in several robberies. Why the inconsistencies?

“We just want Justice for Jacob Kilonzi. His children are suffering,” Winnie said.

The case is being handled by IPOA.

Winnie asked IPOA to expedite the investigations and publish its report.

“I reiterate that these are only the cases we were able to confirm. There are far more cases but because we could not get evidence or proof of the happenings, we did not document them here,” Khalid said.

He said Tana River county is the most problematic when it comes to documenting the violations because it is vast and the victims are pastoralists and move around from time to time.

He called on the authorities to do something to address the sorry situation at the Coast.