• Jumwa is confident her independent candidate will win, claiming the ODM leaders who ganged up against her have no agenda. 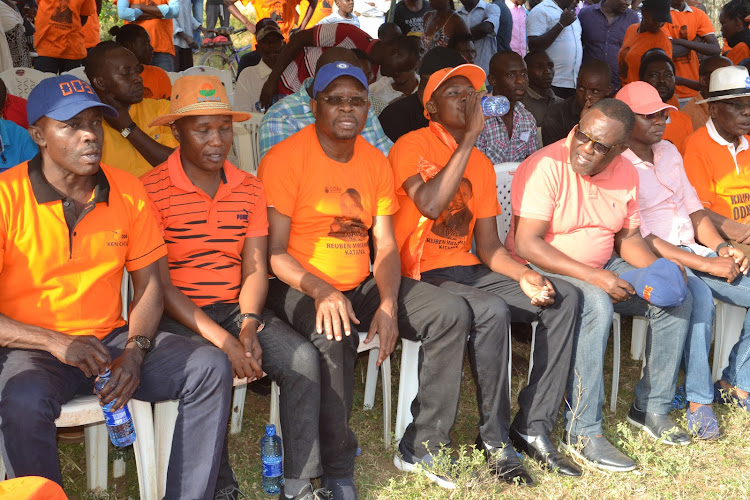 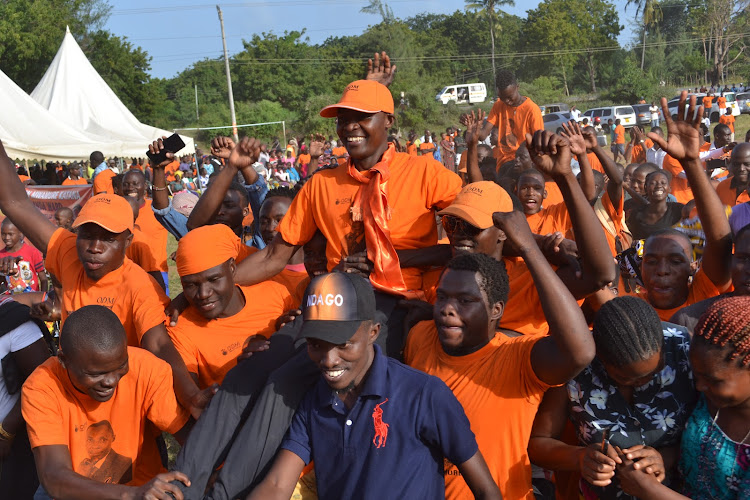 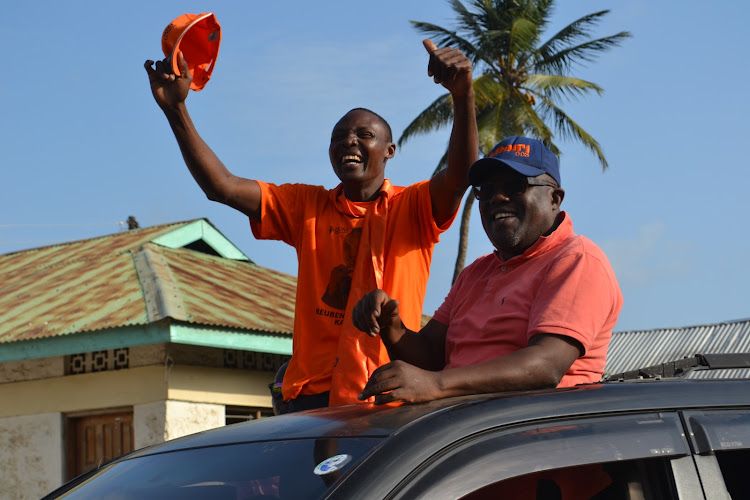 It's between ODM and Aisha.

ODM leaders announced Reuben Katana as their candidate on October 17 to retain the seat in what has been an ODM stronghold.

The team held their first campaign rally at Msabaha Grounds on Sunday to introduce Katana.

They introduced the slogan ‘Kanyaga’ from the Tanzanian superstar Diamond’s song to urge voters to shame and 'crush' Jumwa's candidate Abdulrahman Mohamed.

"Kanyaga him, he has undermined the party, taken a salary for three years and now he is against it. You can’t be given an ODM ticket and win, then today spit on the party,’’ Kilifi North MP Owen Baya said.

Katana thanked voters for standing with him during the last campaign and in a court case.

"I was with Raila and he told me if I come to Malindi, I tell Ganda people to vote for me as they did in 2017," Katana told the crowd.

He said the Immediate former MCA for Ganda ward Mohamed had seemed to be "an angel but now I have realised he was a devil".

At first, they staged a roadshow to key areas in the ward before arriving for the rally wearing ODM T-shirts.

During the rally, the speakers clearly said they would reject Independent candidate Abdulrahman Mohamed who is being supported by Jumwa. She has supported DP Ruto, ODM tried to kick her out but a court reinstated her.

The battle for the Ganda ward seat is not essentially between Katana and the immediate former MCA Mohamed, but between the ODM elected leaders and rebel Jumwa.

Katana who was formerly of Kadu Asili and is now backed by the entire ODM fraternity.

At the rally, ODM leaders said they wanted to 'teach Jumwa a lesson' for defying the party and backing Ruto.

Other party affiliates of Nasa did not field a candidate to leave the seat for ODM.

"As MPs we ganged up to ensure she is the Parliamentary Service Commissioner, we are surprised she asked Mohamed to leave his party as there is a financier who will support him. I urge you to vote for ODM," Mwambire said.

Magarini MP Michael Kingi said the county government led by Amason Kingi was in ODM and asked the voters to reject an independent candidate as he would not be able to push for development.

Chonga said a lot of money was being poured in the ward for the by-election to lure voters.

He told voters to take the money but reject Jumwa's candidate, saying the financiers were not honest.

"Kanyaga  him, he has undermined the party, taken salary for three years and now he is against it. You can’t be given an ODM ticket and win, then today he is spitting on the party,’’ he said.