• Police accused of confiscating IDs of Tana North herders searching for pasture due to drought  in their area.

• Camel herder says when they demanded their IDs, they were told to cross the border back and send a representative. 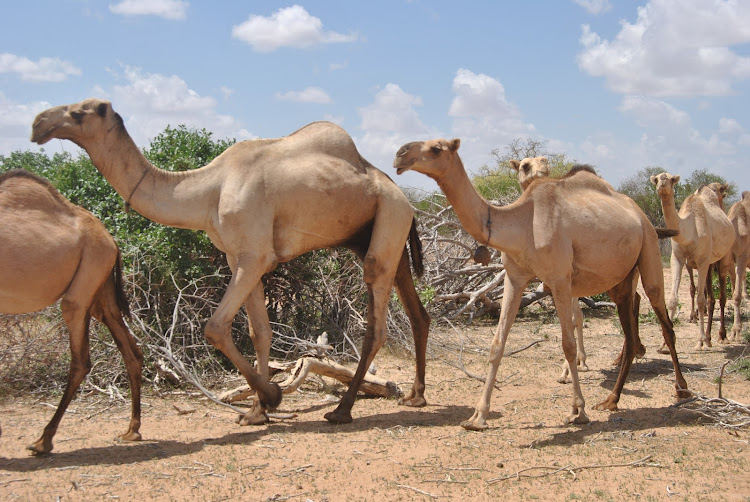 He said those complaining were residents being used by herders from Northeastern who graze thousands of camels in the area as a result of drought.

Hashaka told the Star on the phone that the large herds have exhausted most of the water pans in Asa Kone and other areas along the Garsen-Galole area.

Currently, he said, he spends huge amounts of money to supply water through water trucking to the area with no water after the camels consumed all of it.

"Each week, we supply more than 6,000 litres to the affected villages as there are schools which have no water at all," he said, adding that three schools would be closed down if water was not supplied.

Already, he said, the camels have cleared the grazing fields and forced local pastoralists to move to Lamu, leading to conflicts.

Wario said he had been receiving delegations from Northeastern leaders over the issue.

"We do not want the issue to be used to incite people," he said.

Last week, Tana Delta subcounty police were accused of harassment and arbitrary arrest of pastoralists from Tana North who are in the delta in search of pasture following a drought that has hit their area.

It’s alleged that a contingent of security personnel from Tana Delta subcounty raided a rural village in Jilojisi, took identity cards of more than 27 pastoralists who were grazing their camels and ordered them to go back to their homes. They were reportedly led by deputy county commissioner Charles W Akwanalo.

Camel herder Mohamed Mahmoud Guracho said when they demanded their IDs back, the authorities told them to first cross the boundary and send a representative to pick them.

Tana Delta OCPD Moffat Morema said five IDs had been returned but the rest had issues.

Muhuri rapid response officer Francis Auma said it happened at a time when threats to civilians in the rural areas of the Coast have escalated in recent months, accusing security agents of unwillingness to hold those responsible accountable.

Operation to kick out armed camel herders underway in Mwingi