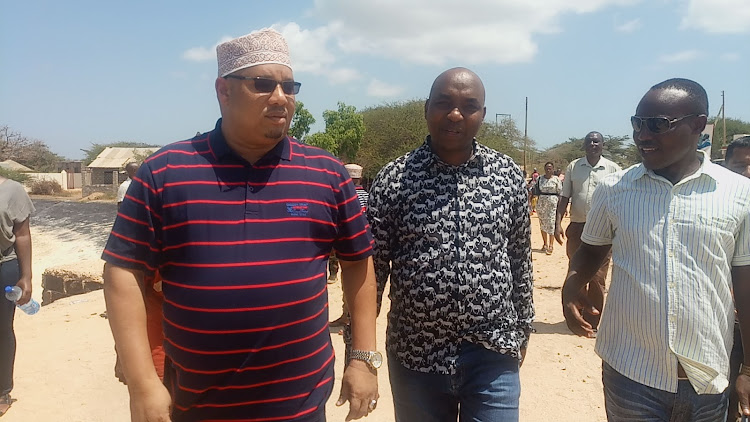 Addressing journalists in Lamu town on Thursday, Lamu East MP Athman Shariff, Woman Rep Ruweida Obbo and a section of MCAs termed the initiative as utterly useless and selfish and designed to take Kenya back to the dark ages.

The legislator asked supporters to respect the Constitution.

The MP said reducing the number of MPs and cutting down salaries was irrelevant as long as Kenya didn’t know how to properly put the available resources to good use.

He said corruption was Kenya’s biggest undoing and that addressing it fully would help push the nation forward.

“I can never support such an initiative because it’s very useless. Reducing the number of MPs will equal denying constituents leadership and representation. Kenya has adequate resources which, if put to good use, can serve all Kenyans very well. The biggest problem is corruption and that’s what we should fight against,” said Shariff.

The initiative seeks to change the Constitution to reduce the number of MPs, abolish Woman Representative and Deputy Governor positions among other reforms to cut the cost of government.

Punguza Mizigo wants to reduce the cost of Parliament from the current Sh36.8 billion to Sh5 billion annually and save the taxpayer close to Sh31 billion.

It also proposes a single seven-year term for the President down from the current maximum of two five-year terms.

To address gender inequality, Kenyans will elect one man and woman from each of the 47 counties to the National Assembly.

The initiative wants to abolish nomination to the county assemblies and Senate.

The Senate will be the upper house with veto powers and an increase in county revenue share to 35 per cent from the current 15 per cent.

Lamu Woman Rep Ruweida Obbo said she wouldn’t support any initiative that sought to scrap her position and that of her counterparts.

Obbo said the Punguza Mizigo initiative was ill timed and that those pushing it have sinister motives specially against the female leaders.

She urged Third Way Alliance members to join hands with the government to build and not break Kenya.

“What kind of initiative is this? Is it a crime that for once we have a Constitution that gives women leadership positions in counties? Many motions on gender balance rarely make it because women leaders are so few in the various houses of representation. Such an initiative is so unfair and selfish,”said Obbo.

Nominated Lamu MCA Salim Busaidy said the initiative had been purposefully tailored to frustrate women and the youth in leadership.

“What will be the relevance of devolution then? What happens to the mwananchi back at the grassroots now that leadership will have been cut down?”posed Busaidy.

Hongwe MCA James Komu however expressed support for the Punguza Mizigo initiative saying it would save Kenyans the pain of hefty salaries and allowances for unnecessary leaders.

The option for Kenyans is to accept it or reject Punguza Mzigo initiative wholesomely.
News
10 months ago