• The new association will lead tourism marketing and urban development.

• It will also promote environmental protection and the revival of the Malindi Against Crime. 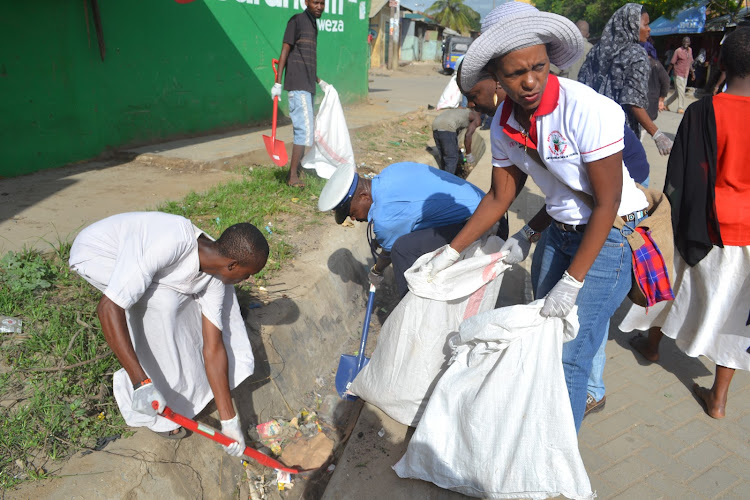 The Malindi business community has registered a welfare association to promote the tourism sector and fix environmental problems in the resort town.

The Malindi Progress Welfare Association will ensure monthly cleanups, an initiative that had been launched in March. It comprises different sector players, including state agencies and NGOs.

The cleanup exercise has been receiving major support following huge turnout by different takeholders, including the National Environment Management Authority.

The new association will lead tourism marketing, urban development, environmental protection and the revival of the Malindi Against Crime.

She said the tourism marketing team will be led by Roberto Marini, a popular investor, while the Malindi against Crime, which also brings the police on board, will be led by lawyer Kimani Gicharu.

She said the environment component shall be chaired by businessman Kasamjee, Freddie Curatolo and Evelyn Walsh.

Businessman Charles Muriungi will spearhead the urban development component, which is key in the restoration of the town to its former glory.

"At the core of the above actions is the understanding that the overarching responsibility and mandate remain central to the government and, as an association, we are not taking statutory responsibilities from the government," Mwikali said.

She said their aim is to partner in areas such as garbage collection to make Malindi green and blue through their cleanup exercises.

"We want to grow the economy of Malindi in ways that will benefit the youth and women by turning trash into cash e.g. compost, briquettes, clothes made with plastic. A clean environmentally friendly Malindi will attract tourists who try to reduce their environmental footprint," she said.

Mwikali said they target tourists who have a high spending power the upcoming season that begins next month.

In the latest monthly cleanup, there was a huge turnout of stakeholders, including officials from Nemas, KWS, National Police Service, and the Kilifi government, among other stakeholders. 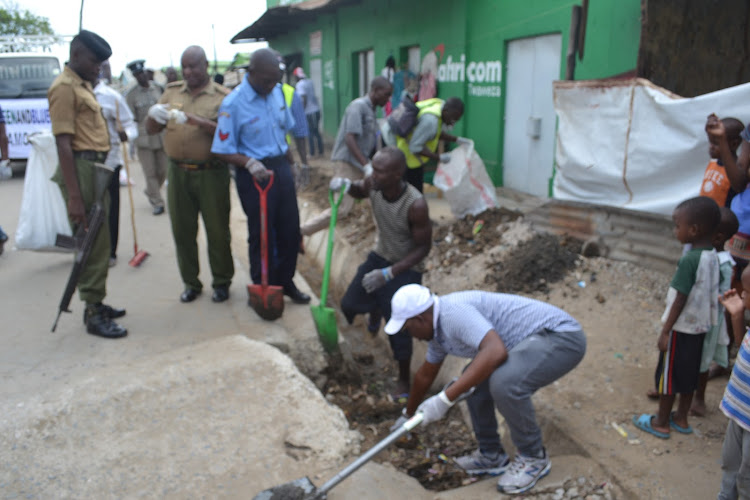 Samuel Lopokoiyit, the Kilifi director of environment who was among the participants in the cleanup, said they were in full support of the initiative. He said it was envisioned in Kenya’s National Solid Waste Management Strategy.

"This strategy assists the public and institutions involved to be a 7R oriented society, by reducing, rethinking, refusing, recycling, reusing, repairing and refilling their waste," he said.

Lopokoiyit said the monthly cleanups in Malindi with others countrywide help in achieving their goal of 80 per cent waste recovery (recycling, composting and waste to energy) and 20 per cent landfilling in a Sanitary landfill (inert material) by 2030.

Nema Kilifi office has applied for funding through Nairobi Convention to enhance stakeholder capacity on the use of integrated coastal zone management as a tool for conservation of the coastal and marine environment through a pilot project in Malindi — Sabaki Estuary area.

He said the project will back the cleanup efforts to ensure a cleaner and healthier environment.

Malindi town manager Silas Ngundo said the spirit of the cleanup exercise was quite encouraging as people were getting to know the importance of a clean environment.