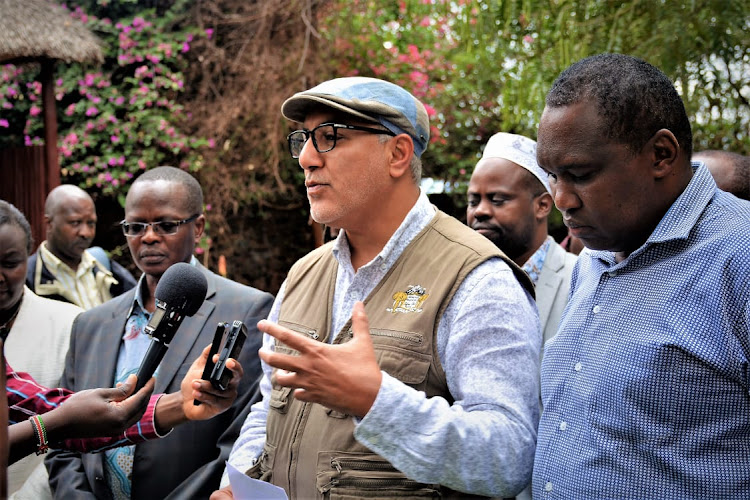 The government has formulated a new policy to enhance wildlife conservation, security and address the perennial human-wildlife conflict, Tourism and Wildlife CS Najib Balala has said.

“The new policy focuses on increasing access to incentives and sustainable use of wildlife resources while ensuring equitable sharing of benefits,” Balala said.

The policy will promote partnerships and incentives for wildlife-based enterprises and ensure proper management of viable wildlife populations and their habitats.

The CS said the new policy will facilitate collaboration for effective governance and financing of the wildlife sector between communities, private conservancies, counties, national government and international partners.

He said insecurity in Kenyan wildlife areas has been exacerbated by the state of insecurity in the neighbouring countries due to the proliferation of small arms in the region.

He said priority shall be given to Meru and Tsavo national parks.

Balala spoke on Saturday during a consultative meeting with the National Assembly committee on Environment and Natural Resources at Kilaguni, Tsavo West National Park.

The CS said Kenya Wildlife Services will be given more resources to enhance its operations.

He said the existing policy does not address challenges facing wildlife.

“Despite its achievements, the policy was not robust enough to address emerging challenges and realities in the sector including rapid population growth and accelerated economic development that have led to loss of space for wildlife," Balala said.

He said the government has already paid the first batch of 466 death claims reported in the last three years while the over 12,000 injury cases shall be paid from the 2019/2020 financial year allocations.