Funds will be given in form of grants to develop programs that will create jobs, address environmental issues 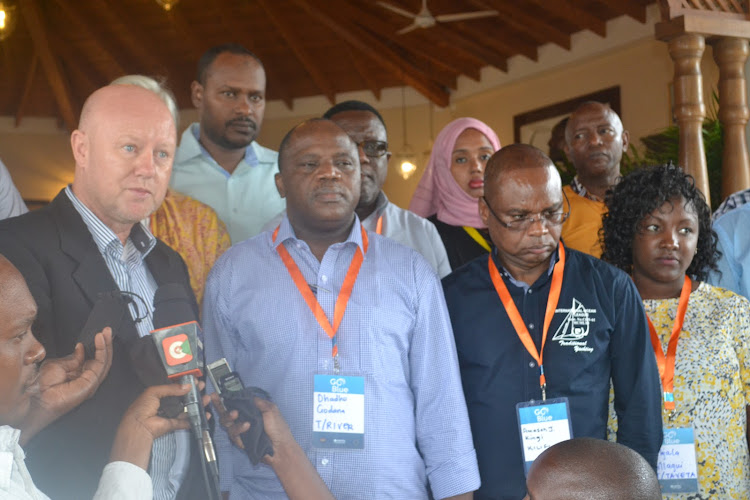 The European Union has given the six Coast counties Sh2.5 billion in grants to start blue economy projects geared at creating jobs and building the economy.

The funds will be used to implement the Go Blue strategy initiated by the Jumuiya ya Kaunti Za Pwani.

Hubert Perr, the head of EU cooperation, made the announcement  during a two- day  consultative workshop between the EU and JKP governors at Ocean Beach Resort in Malindi.

Perr said the funds will help to create jobs and conserve the environment.

"We will work in value chain creation related to the blue economy and I think that will demonstrate that this program will be a truly transformative," he said.

Perr said the two-day workshop was important as they wanted to listen to the priorities the counties and country had developed to align to the program.

Already the JKP has identified 19 flagship projects which are aimed at creating job opportunities in the blue economy.

During the meeting the three coast governors disagreed over interests in the Jumuiya ya Kaunti za Pwani blue economy flagship projects.

Differences emerged after Godhana highlighted the opportunities in his county and how they can benefit from the projects.

Kingi however said his vision is to think of the programs as a block of the JKP and not individual counties.

Wamalwa hailed the EU for funding the JKP, saying the move will help create job opportunities and build the economy .

Invest in blue economy for the long haul, not short term gains

Investors eyeing Blue Economy projects should not expect quick returns as investments will be based on sustainability for the future. CFA ...
Counties
2 years ago

For three days, political leaders and representatives of the private sector, the civil society and the scientific community from around the globe ...
Siasa
2 years ago
by ALPHONCE GARI Correspondent, Coast Region
Coast
22 July 2019 - 00:00