DWU chair Mohamed Sheria and general secretary Simon Sang have been feuding over leadership of the union.

• Musa Huka Abdi said Sheria has failed to attend the NEB meetings three consecutive times, which automatically kicks him out of the board.

• However, Sheria retorted that Abdi is one of five board members who were irregularly nominated and that a process to kick them out of the union leadership has already begun. 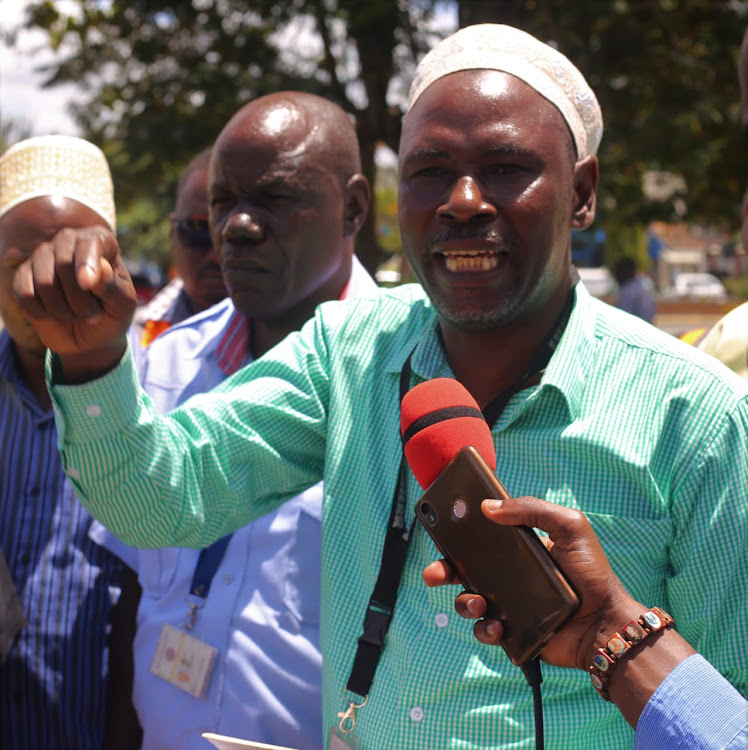 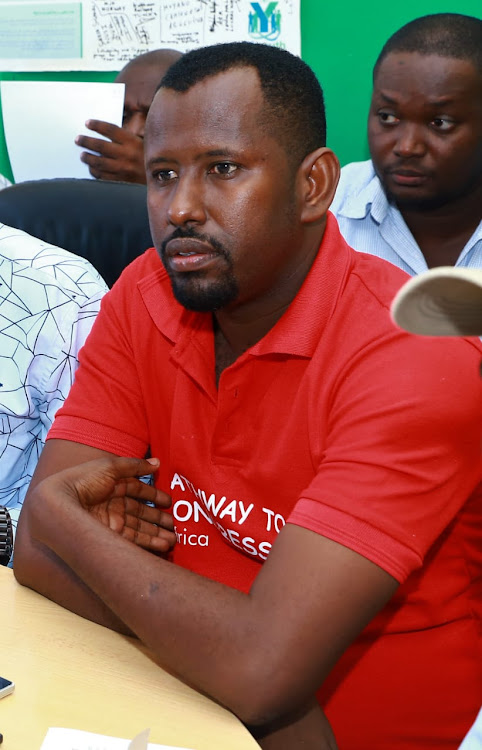 The wrangles within the giant Dock Workers Union intensified on Friday after a member of the national executive board said chairman Mohamed Sheria should not represent the union anywhere.

Musa Huka Abdi said Sheria had failed to attend the NEB meetings three consecutive times, which automatically disqualified him from the board.

“Our constitution requires him to step aside,” Musa said.

He spoke during a press conference at the union offices alongside general secretary Simon Sang.

However, Sheria retorted that Abdi is one of five board members who were irregularly nominated and that a process to kick them out of the union leadership has already begun.

“I wrote them letters but they have failed to respond within the stipulated 14-day period. I have already sent them reminders,” Sheria said.

Sheria has been feuding with Sang over leadership of the union.

The two have been accusing each other of making underhand deals with unscrupulous businessmen at the expense of the union members’ welfare.

Sang is opposed to the takeover of the second container terminal (CT2) by the Kenya National Shipping Line arguing it will lead to privatisation because of the 47 per cent shareholding by the Mediterranean Shipping Company.

Sheria, on the other hand, says the move by the government will revive the shipping line and create more jobs for Coast youth.

On Friday, Abdi declared full support for Sang saying the whole NEB is solidly behind him.

“The chair of the DWU is no longer a member of the union’s NEB,” Abdi said.

However, Sheria said he was validly elected union chairman and dismissed Abdi as a nominated entity that will soon cease to exist.

“What he is saying is just hot air. I was registered by the registrar because I was elected,” he told the Star on phone.

Sheria said he has never failed to attend any meeting without following the proper channels.

“All the meetings that I did not attend I made apologies in good time. Nobody has such powers to order me to resign,” Sheria said.

He said Sang and his cohorts sat at an exclusive joint and drafted letters purporting to want him out.

Sang said Sheria and national treasurer Joseph Sialo Makero are no longer members of the union leadership after they failed to attend NEB meetings.

He said the assertion that there are five board members who were irregularly nominated does not hold water because they failed to take action within three weeks from the time of nomination.

“They went to the registrar to complain but as is the case, they were told they were time-barred,” said Sang.