County had 17,000 teenage mothers last year; Governor Kingi set up a task force on the issue

• County is using a huge chunk of its budget to deal with teenage pregnancy.

• Parents and leaders urged to find solutions to the crisis. 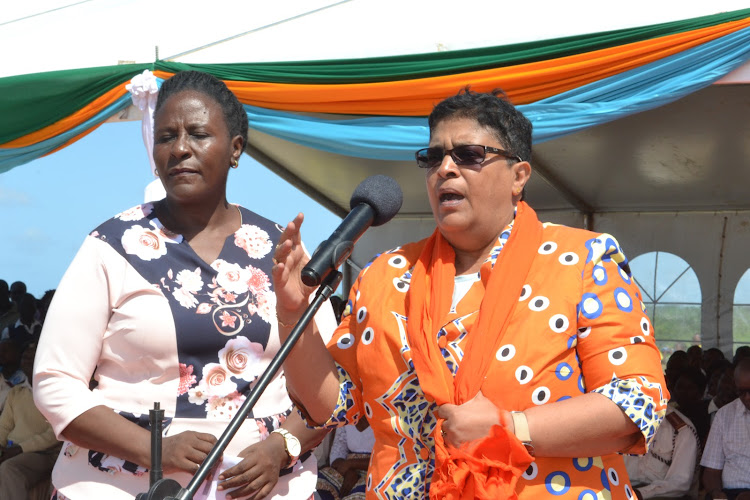 She spoke during the county advocacy campaign against teenage pregnancy at Juhudi Primary School in Jaribuni, Ganze subcounty.

"The statistics that we have show that about five per cent of last year's 17,000 teenage mothers are HIV positive besides developing other health complications during childbirth," she said.

She said that was clear proof that teenage pregnancies had serious effects including spread of diseases.

The county Health executive said her department receives the lion’s share of the budget but with the rise in teenage pregnancies the money is never enough.

Omar said Kilifi has 150 dispensaries and three main hospitals in Malindi, Kilifi and Mariakani which need drugs, medical personnel and other staff.

"A big budget is allocated to me  but if we continue getting these teenage mothers it means the cost must go up because the girls must deliver in hospital, children must get vaccination and the number of medical personnel will increase," she said.

Because of this crisis, she said, other departments like gender, sports, youth and culture which are important for youth empowerment get small allocations.

"The effects of teenage pregnancy are many and I would like us who are seated here as mothers, fathers and leaders to join hands and fight against this disaster," she said.

Omar called on parents to educate teenage mothers to sustain themselves in future.

"Remember it’s not the end of the world. Education is the foundation. We are here because of education that has made us who we are," she said.

She said the children who perform poorly in school should not be abandoned but enroll in vocational colleges to learn useful skills.

Gender executive Maureen Mwangovya called upon all stakeholders to pull resources together to curb the vice.