• There are between 60 to 70 mangrove species in the world with nine of them found in Kenya. 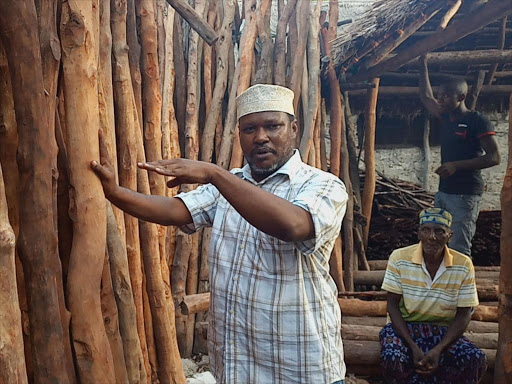 Dubbed “Mikoko project” it is aimed at restoring and conserving mangrove forests to ensure environmental sustainability. The project will run for two years.

In November last year, the government announced that it would step up efforts to boost the blue economy. Macron’s trip was aimed at building partnership and corporation in areas related to the blue economy.

The French leader and his host President Uhuru Kenyatta identified the protection of Kenya’s marine environment and the preservation of biodiversity in the Indian Ocean as areas of interest.

Kenya has pledged to restore 5.1 million hectares of degraded land.

Kamau said the partnership between various institutions will provide scientific information and capacity building for sustainable conservation, management and development of mangroves.

There are between 60 to 70 mangrove species in the world with nine of them found in Kenya.

“Mangrove forests play a critical ecological and socio-economic role. Ecologically, the mangroves provide an important habitat and breeding ground for fish and other fauna,”Kamau said.

“KFS is indeed grateful for the trust and confidence that the Republic of France has bestowed in supporting this project,” he said.

Kamau said 17,000 hectares of degraded land will be restored, in Kenya’s latest bid of increasing the forest cover from the current 7.2 per cent to 10 per cent by 2022.

Mangroves are an integral part of the ecosystem of the coastal counties.
Counties
3 years ago
Post a comment
WATCH: The latest videos from the Star
by GILBERT KOECH
Coast
20 June 2019 - 00:00
Read The E-Paper