• Traditionally, women were not allowed to take part in planting mangroves

• Marimba is a Standard 6 dropout 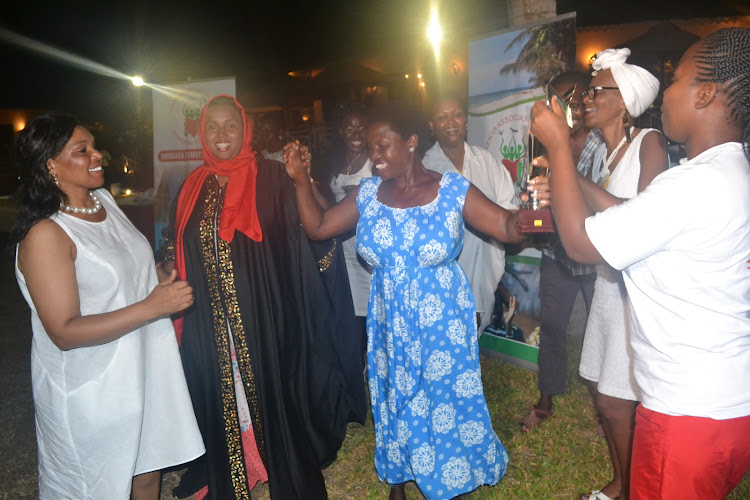 Joyce Marimba, has defied tradition to win an award for promoting conservation of mangrove within the Mida Creek in Watamu, Kilifi.

Marimba, 51, who comes from Dabaso in Watamu on Saturday night received the Woman of Excellence Award from the Kenya Association of Women In tourism during a colourful all-white dinner party at Ocean Beach Resort and Spa Malindi.

Mangrove planting and protection has traditionally been a male-dominated field and women were not allowed to take part. Marimba was the first woman to join a mangrove conservation group in the area.

The mother of seven said she was happy that her effort was recognised nationally. “I never expected to win the award,” she said. 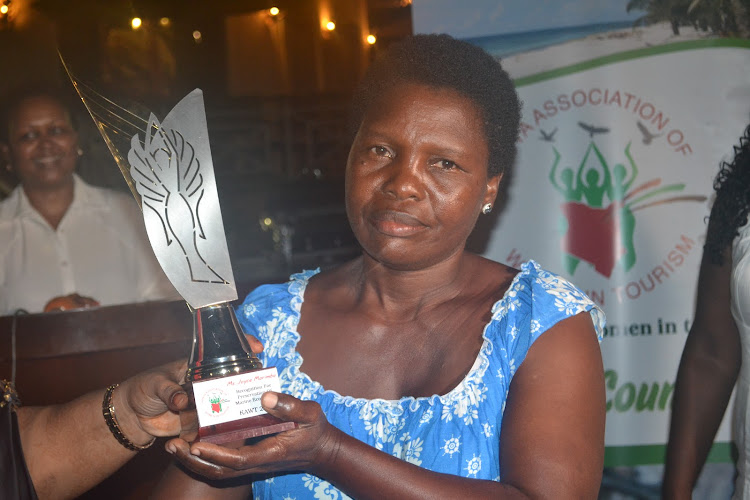 Marimba, a Standard 6 dropout, has been fighting to protect mangrove that is under threat because of massive destruction. Mangroves are important because they protect vulnerable coastlines from soil erosion. The mangroves also provide a good breeding ground for fish and crabs.

Traditionally women were not allowed to take part in mangrove planting because of the nature of the process, which requires one to walk in the muddy sections of the creek.  Men did also not allow their wives to take part in such activities.

But Marimba, who has a child with special needs, was the first woman to join the Mida Creek conservation group. The group also runs Crab Shack Restaurant in Dabaso.

“I was lucky because my husband is a conservationist who has for decades been protecting the mangroves. Before I joined the group, I used to attend their meetings,” she said.

Of the 46 group members, 15 are women. Members also include the youth.

Marimba said she will use the award to create awareness among women and the youth in the community and encourage them to join the conservation work.

The ceremony brought together senior members of Kenya Association of Women in Tourism from all over the country. They were led by chairperson Jane Adam and Cate Mwikali. They said the association is committed to promote tourism and conserve the environment.

Kilifi Tourism executive Nahida Athman, who was the chief guest, said the county government would allocate funds this financial year to support the KAWT.

Why Kenya could soon lose its ‘kidneys’