Jumwa's expulsion from ODM divided the Coast, many said USPK didn't rush to her defence

• Can the new USPK bring Coast people together?

• Calls for a different homegrown party to unite the Coast people 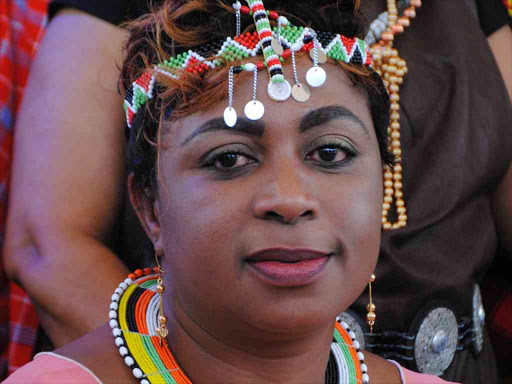 “What is the use of the Umoja Summit Party of Kenya if the Aisha Jumwa debacle has already divided the region with no word from the new outfit?” Mbura asked the Star in an exclusive interview on Wednesday.

“This shows we cannot walk together with one voice,” she said.

Jumwa’s expulsion from the Raila Odinga-led Orange party has divided the Coast.

The region's leaders are now openly calling for another homegrown party to foster unity.

This was reiterated on Monday by Kaloleni MP Paul Katana, who said most Coast-based parties end up dividing people instead of uniting them.

This is manifest in the Jumwa-Mombasa Governor Hassan Joho rivalry.

Jumwa says Joho is the mastermind of her ODM woes because of her support for Deputy President William Ruto. She has promised to fight the flamboyant governor.

Joho dismisses her and is keen to have ODM, where he is a deputy party leader, continue to dominate the region.

His ODM loyalty has put him at odds with his once inseparable friend, Kilifi Governor Amason Kingi.

Kingi favours a homegrown political party at the expense of ODM, of which he has been a member and on which he built his career.

Last week, he said, “We have seen our leaders tossed out by parties they swore allegiance to. This is because we are in ‘rented’ political vehicles and when the owners are done with us, we are kicked out without a second thought."

He said the only way out is to have a Coast-based political outfit and form a coalition with others from other regions.

However, USPK interim chair Matano Chengo and secretary general Naomi Cidi are adamant that  USPK will bring the region together.

Matano quit the Jubilee party, where he was the Mombasa county chair, to join the USPK because he said  ‘outsider’ parties don't have the interests of Coast residents at heart.

“This is a long journey which must start with a single step,” he told the Star.

Cidi said the USPK was formed after thorough consultations with the region’s top minds.

“We are open for consultations but the party has clear objectives to unite the region and cushion it from political fraudsters. They only come when they need votes,  then disrespect our leaders" she said.

On Wednesday, Mbura said the regional disunity has also undermined the region’s cultures.

She said it hurts to see other communities’ cultures being embraced more at the Coast than the region's own culture.

“If Joho himself is the leader of the Coast and this happens under his watch, what do you make of it?” she asked.

“Okay, maybe he was not aware. But this should not happen again. There is no day one goes to Nairobi and they are dressed in a hando,” Mbura said.

A hando is a traditional Mijikenda women's dress that emphasises the hips.

“We, the Coast people, have let ourselves down. We have no unity. That'swhy it is easy to play with us. Bad things happen before our eyes yet we do nothing,” Mbura. said

She said Coast leaders are not forceful about their cultural identity. Instead, they promote cultures other than their own, including the Pokomo, Taita Taveta, Mijikenda, Swahili, among others.

“We Coast people despise ourselves. We don’t trust each other, we don’t love each other,” she said.

She said there will never be a united Coast if Deputy President  ‘captures’ Jumwa while President Uhuru Kenyatta ‘captures’ Joho.

The USPK should sit Jumwa and Joho down and talk to them, she said.

“If Umoja Summit truly has an agenda, we would have seen it work on the Jumwa and Joho split.”