Plastics ban to save sea mammals in Indian Ocean 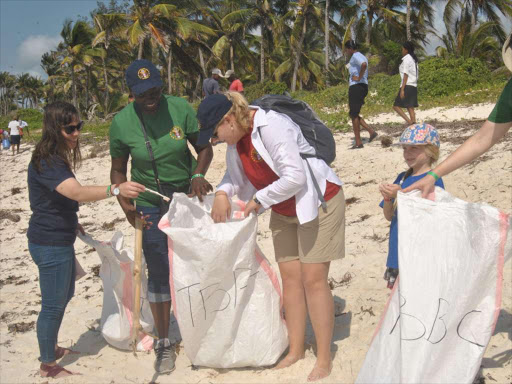 Environmentalists in Kilifi county have predicted a 75 per cent reduction of debris in the Indian Ocean following the ban of plastic bags.

The ban, which took effect on September 28, has been successful. Beaches previously littered with plastics are clearing up. And people are colletcting debris.

Environmental conservation organisations in Watamu say the ban will save marine life.

The survival of sea mammals, including sea turtles, dolphins, sharks and whales, has been under threat.

Justin Kitsao, chairman of Watamu Marine Association, said turtles breeding on the shore were eating platics and dying at an alarming rate.

Last Saturday, conservationists and stakeholders took part in the International Beach Clean-up and collected 8,000kg of debris, including plastics. Participants included staff and officials from the US embassy in Nairobi,