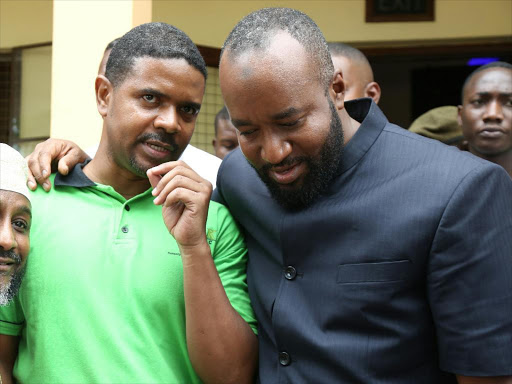 Mombasa county yesterday launched its five-year action plan to counter violent extremism, which has claimed about 1,000 lives nationwide since August 7, 1998.

Implementation of the Mombasa County Action Plan for Preventing and Countering Violent Extremism will cost a whopping Sh2 billion.

“This will be broken down into an about Sh400 million annually,” Haki Africa executive director Hussein Khalid said at the launch.

Governor Hassan Joho said the county “has problems mobilising resources, hence the business community will have to come in so the whole process is owned by the people of Mombasa”.

The plan has 11 pillars. Nine were heavily borrowed from the National Strategy for Countering Violent Extremism launched in September last year by President Uhuru Kenyatta.

Mombasa has included two more pillars — the economic pillar and women’s pillar — to respond to its unique problems.

“The two pillars were included after a 17-month consultative process — from January last year to this month — which gobbled up Sh10 million,” Khalid said.

Sureya Hersi, who spoke on behalf of women, said the inclusion of the women’s pillar is the most significant aspect of the county action plan.

“For a long time, women have been victims of violent extremism, but, today, they are the perpetrators,” she said.

“Women are overwhelmed in trying to understand the dynamics of violent extremism. Most of them do not understand the Islamic religion because religious leaders do not give adequate answers.”

Mombasa county commissioner Evans Achoki said violent extremism compromises economic growth due to travel advisories and other negative actions taken in the face of the threat of terrorism.

He said the action plan includes measures to minimise the negative effects of social media through which recruitment into criminal extremist gangs is done.

“We must work hard to ensure we reverse radicalisation in Mombasa,” Achoki said.

Alexandre Shepherd, who represented envoys, said the threat of terrorism is real and not unique to Kenya.

She gave Mombasa a resounding vote of confidence, saying the UK is eager to learn from the county how the action plan will be implemented.

“No country has all the answers,” Shepherd said.

Mombasa has borne the brunt of violent extremism over the last five years.

The county, the national government, religious leaders and human rights groups have traded accusations on how the issue is handled by the security forces, especially after the infamous raid on Masjid Musa in November 2014.

Joho said the war can be won if all players work together. He said Mombasa has made significant strides, a sentiment shared by Kimani.

The two called for partnership during implementation.

“Terrorism is more than a security phenomenon. It is a social and political ill,” Kimani said.

He said concerted efforts in implementing the plan must also focus on how recruitment into violent extremism hurts families.

“It is rarely talked about, but the trauma is so much and could provide valuable answers if addressed,” Kimani added.

Joho said radicalisation used to take place in broad daylight but it has since subsided due to constant dialogue among residents, leaders and the authorities.

Kimani said the NCTC will support the MCAP-PCVE fully. The centre will launch a campaign involving 25 ministries and government departments to ensure the plan is a success.