Work with us to curb terrorism, State tells media 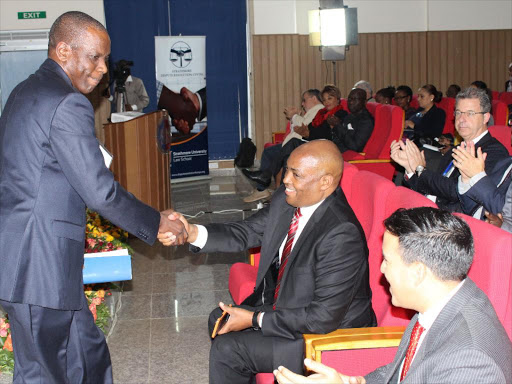 Kenya will win the war against terrorism more efficiently if the media partners with the state, the National Counter Terrorism Centre has said.

The centre yesterday said the partnership would address violent extremism.

The media, unwittingly, has been used by terrorists to advance their agenda, Mong’are said. The NCTC was established in September 2003 after a Cabinet meeting, becoming the first such centre in the world. It was inaugurated in 2004 when it became an organ of the National Security Advisory Council.

“Many confuse the NCTC with the ATPU. The Anti-Terror Police Unit is represented in the NCTC. Our core mandate is to detect, deter and disrupt terrorism,” Mong’are said.

On Wednesday, the centre trained Coast journalists on counter-terrorism measures and responsible reporting.

Post a comment
WATCH: The latest videos from the Star
by BRIAN OTIENO @Yobramos4
Coast
12 November 2016 - 05:00
Read The E-Paper