Jumuiya not out to fight Jubilee, says Mvurya 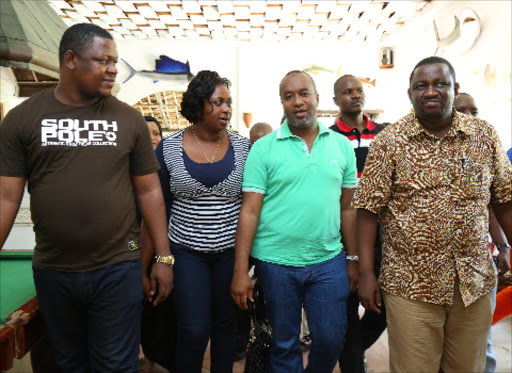 The Coast leaders’ forum dubbed Jumuiya ya Kaunti za Pwani is not out to oppose the Jubilee administration, Kwale Governor Salim Mvurya has said.

Mvurya, who chairs the forum, said they are working out to unite Coast people and empower them economically.

He dismissed leaders who have insisted on the formation of a Coast political party, saying it is not important for now.

Mvurya was addressing residents at Gazi in Msambweni during the appraisal and awards ceremony for the well performed 2014 KCPE candidates by MP Suleiman Dori.

“Those saying JKP is opposition to Uhuru Kenyatta’s government are lying. We are not a political party and we don’t oppose anyone,” he said.

He said JKP’s aim is to look into issues that will unite residents and economically empower them through development initiatives.

He urged Coast residents to support JKP to realise the success of their unity.

The governor said leaders opposed to the JKP are traitors and against development of their regions.

“Other leaders are asking what Mvurya is benefiting from being the chair. That is petty politics,” he said.

Mvurya said the time for the Coast region to solve its own problems has come.

“Coast region has had a lot of problems for a long time, including political and economic issues. Since 1963, we have been working on how to unite the region because all six counties have similar challenges,” he said.