Cases of men being battered by wives rising in Central - Lobby 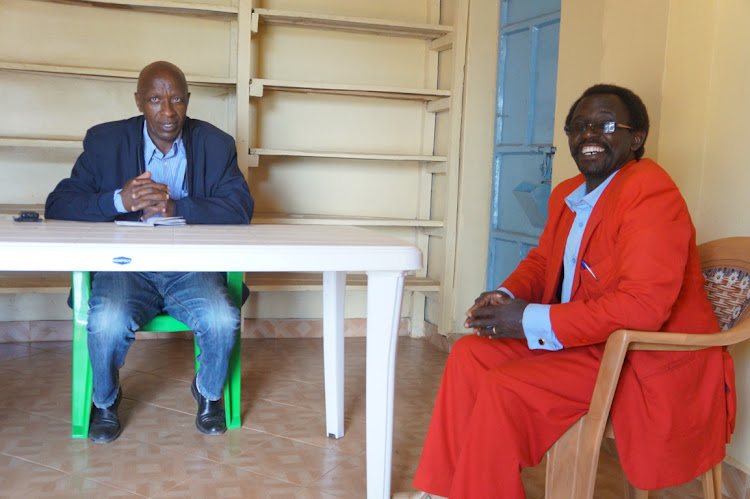 A lobby group has raised concern over the rising number of men being battered by their wives in the Central region.

Voice of Men and Children Network  (Vomec) says the trend is shocking in a way that young men fear getting married so that they may not be beaten as they have been witnessing.

Vomec national chairman Bishop James Njenga says they realised the number of such cases was rising owing to reported cases by men in their offices.

Njenga says there are so many cases which are happening silently since men do not want to be seen as unable to control their wives.

"We have a problem that men do not report. However, there are brave who come to seek advice on how to handle their families, and many disclose to us that the are normally beaten every day," he said.

"Some wash utensils, cook supper at night and wake very early to prepare breakfast for the family. They live with too many threats" he said.

He adds that some are denied conjugal rights by their wives despite sleeping in the same bed.

He spoke at Docklands hotel in Limuru town Tuesday when he met with other Vomec officials.

He disclosed that they plan to hold seminars in different areas, so as to enlighten the community that issues are not solved with fights and threats in a marriage.

Njenga noted that they will start at Ndeiya and Limuru sub-counties since they operate from that region before spreading to other areas.

He disclosed that there are so many cases being reported in Limuru, Ndeiya, Lari, Kabete and Kikuyu and other parts of the county.

"If we do not enlighten our people well, the seed we have planted is making our young men fear getting married and the same case is applying to our ladies, they do not want to get married," he said.

Njenga urges men not to hide what they go through in the hands of their loved ones.

Vomec secretary Josphat Njagi says the society needs to be enlightened properly since men and women need one other and they need to protect each other.

Njagi says empowerment was also needed for men so that they can feel they are needed by society and the government.

He urged the government through parliament, senate and county assemblies to come up with a law that will see men get a revolving fund just like Women Enterprise Fund and the Youth Enterprise Fund.

"Too many girl child campaigns were done, and the community forgot about boy child. Let us talk about girl and boy child. The two will go hand in hand," he said.

Rift Valley Vomec coordinator John Kihiko urged the deputy county commissioners through their chiefs and assistant chiefs to assist and support them during the awareness program they are planning to hold.

Kihiko says they aim at achieving a community where men and women and their families as well as the society respect each other and leave peacefully.

"We aim at achieving a peaceful society, where no one will claim that their rights were being infringed by partners, parents, a neighbour or any other person," the coordinator said.

"We are doing this because of love of the society," Kihiko added.

Post a comment
WATCH: The latest videos from the Star
by GEORGE MUGO Correspondent
Central
17 January 2023 - 21:41
Read The E-Paper